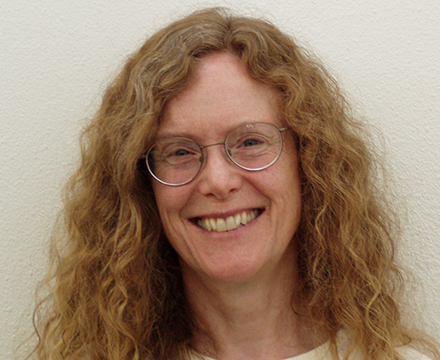 
Penelope (“Pen”) Maddy, UCI Distinguished Professor of Logic and Philosophy of Science, of Philosophy, and of Mathematics, is retiring as of 1 July 2020 after 33 years of service to UCI.

The significance of Pen’s contributions to philosophical research, to the philosophy profession, and to the UC Irvine campus has been immense and will of necessity be only very partially reflected in our remarks below. The Department of Logic and Philosophy of Science is indebted to Pen for more reasons than can be broached here, including her tireless and dedicated service as founding department chair from 1998-2001, the thorough training of first-year graduate students with general philosophical knowledge and writing skills through her long-standing first-year seminar, her unwavering commitment to excellence in all we do, and, relatedly, our position as the single most prestigious graduate program in philosophy of mathematics in the English-speaking world, according to the most recent Philosophical Gourmet Report. We are deeply affected by Pen’s retirement and sincerely hope that she will continue to support us through her retirement.

Pen is universally regarded as one of the very best philosophers in the world. She is the author of six (soon to be seven) books, a monograph, and over 50 articles; a festschrift devoted to her work, with essays by philosophers and mathematicians, along with her replies, is also in preparation. Much of her work over her career has been in the philosophy of mathematics, and, indeed, Pen is arguably the most distinguished philosopher of mathematics in the world. There are two characteristic features of her work in philosophy of mathematics: she has developed a sophisticated philosophical analysis of contemporary higher set theory; and she has broadened the scope of philosophical questions, from traditional questions (such as “do numbers *really* exist?” — which other philosophers often approach in sterile and unproductive ways) to more interesting questions, about what mathematicians do, how they reason, and what kind of goals they have.

In the last fifteen years or so, Maddy has also turned her attention to philosophical issues outside of the philosophy of mathematics: to the philosophy of logic, the history of philosophy, epistemology, the philosophy of perception, and meta-philosophy (i.e., the philosophy of philosophy). What has emerged, is a body of writings rare for their scope and ambition. Every few years or so, Pen tackles a new area of philosophy, masters the literature from the ground up, and then makes an original and compelling contribution. Her work ranges over topics as disparate as worries, going back to the ancients, about skepticism (“How do I know that I am not dreaming?”) to puzzles that emerge only in the most technical, cutting edge research in contemporary mathematics; her engagement with the history of philosophy ranges from the earliest modern philosophers in the 17th century to the most influential writers of the 20th century; and along the way, she draws on work that philosophers often know little about, from contemporary work in developmental psychology and vision theory, to the history of physics and mathematics. But despite the great range, Pen has had a unified vision of philosophy that has animated her work for decades, which she calls “second philosophy”. On this view, philosophical questions emerge in a natural way when an inquirer is just doing her research, trying to understand the world, and these questions need to be answered, not in some special philosophical way, but by using all of the best evidence and methods available, including, of course, those that have been developed in mathematics and the sciences.

Pen received her B.A. in mathematics from UC Berkeley in 1972 and her Ph.D. in philosophy from Princeton University in 1979. She began her academic career in the Departments of Philosophy and of Mathematics at the University of Notre Dame in 1979. After a stint at the University of Illinois, Chicago in the 1980s, she was recruited to UC Irvine’s Philosophy Department in 1987, as whose chair she served from 1991 to 1995. In 1998, with the founding of the Department of Logic and Philosophy of Science, she assumed the role of founding chair. In recognition of her accomplishments, she was appointed Chancellor’s Professor in 2002 and Distinguished Professor in 2007.

Pen’s philosophical work and her dedication to the profession have been recognized through copious honors and appointments, including in 1998 election to the American Academy of Arts and Sciences, in 2002 the award of the prestigious Lakatos Prize for the book Naturalism in Mathematics, in 2006 the Gauss Lectureship of the German Mathematical Association, and in 2014-15 the Phi Beta Kappa-Romanell Professorship, the outcome of which is her most recent book, What do Philosophers Do? (Oxford University Press 2017). She has served her professional associations in numerous ways, including as President of the American Philosophical Association’s Pacific Division (2019-20) and as President of the Association for Symbolic Logic (2007-2009), the creation of whose new flagship journal, the Review of Symbolic Logic, she oversaw during this time.

Those of us who have been lucky enough to have her as a colleague know her as dedicated, principled, and humble. She has been eager to promote the work and careers of other philosophers whose work she admired, and she was a tireless and fiercely committed advocate of the department of Logic and Philosophy of Science and its students.

Please join us in expressing our gratitude to Pen, in congratulating her on her years of teaching, research, and service, and in wishing her all the best.