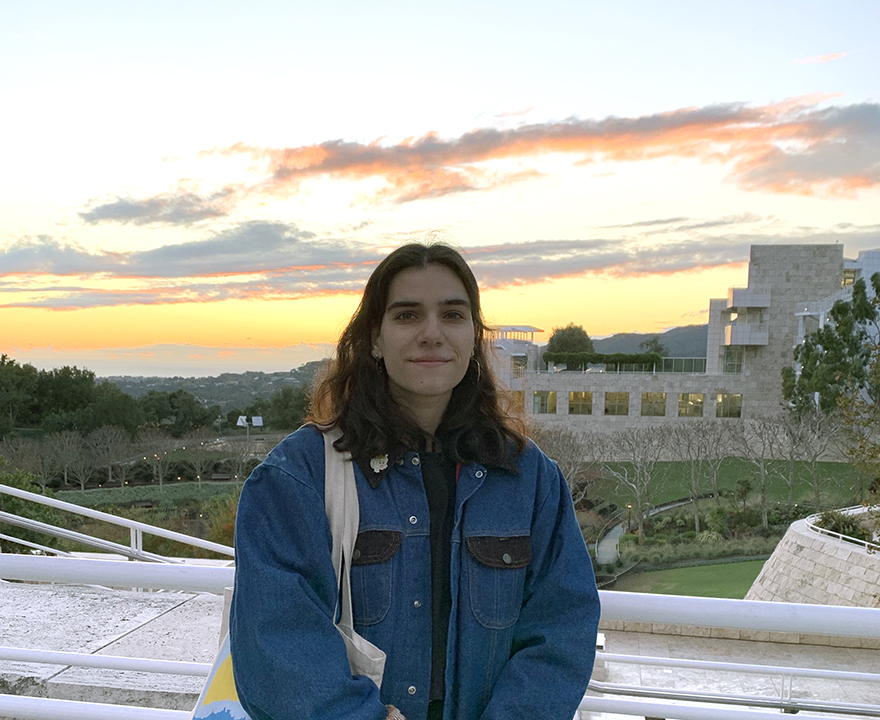 UCI was my dream school in high school. I loved its location, as it is not too far from Los Angeles, and it is also right by the beach. I have always been interested in questions about how our world works, even from a young age. I was an avid reader growing up because I loved hearing and learning about other people’s stories. Sociology functions in the same way, as it reveals the stories of people within our society, which drove my major choice. I was also very interested in the Armenian studies program. As an Armenian student, I felt like I belonged at UCI because I felt represented at the institution. In June, I’ll be the first student at UCI to graduate with the Armenian studies minor. I feel as though it was a synchronicity that I began my career at UCI just as the Armenian studies program was introducing their minor.

What’s something other students may not know about you?

Outside of academics, I make my own music. I recently released an album back in December, which I worked on in the evenings after long days of class and studying.

What activities have you been involved in on campus?

In the Armenian community, I am involved in research. I recently worked with Houri Berberian, Meghrouni Family Presidential Chair in Armenian Studies, professor of history, and director of the Armenian studies program, on research about the shared cultural history of exchange between Armenians and Turks prior to the Armenian genocide. This research was so rewarding for me. Additionally, in October, I worked on research about gendered violence against minority groups in Armenia, which I presented at the Association for Political Theory’s annual conference.

As you get ready to graduate, what key moments in your college story standout?

A major milestone for me was playing live music on stage at The Echo in Los Angeles, California. It was my favorite venue when I was a teenager, and it felt so special to have played on stage last year. Another major milestone was actually transferring to UCI. I went to UCSC for two years, then I withdrew and went to community college for a year before transferring to UCI. At UCI, I have been so much more involved in academics, and I believe it is because UCI gave me a reason to be via the Armenian studies program. I was also fortunate to have come into contact with my TA, Anna Setyaeva, who encouraged, motivated, and mentored me in applying to grad school, which I had never considered before. As a result, I got into Columbia University where I’ll be attending in the fall as I pursue my master’s in anthropology. Just two years ago, I never would have seen any of this as because I didn’t see myself as capable. UCI changed that for me.