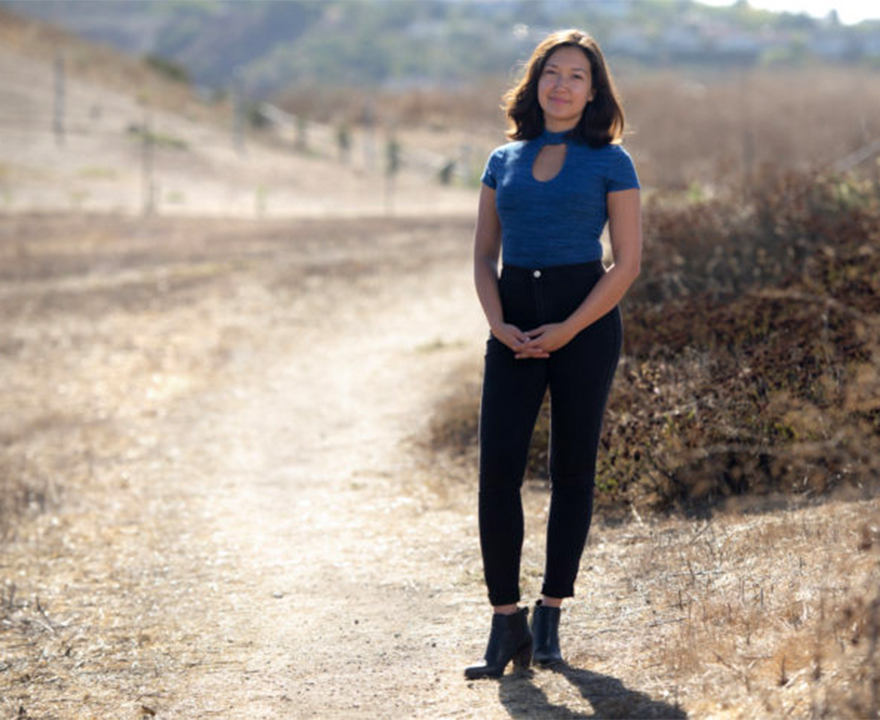 
No matter what she ended up doing or where she’d someday be employed, Louise Nicole Ives ’19 always knew that she wanted to help people. And she found the perfect place to pursue her altruistic inclinations in UCI’s social policy & public service major, which offers an interdisciplinary curriculum.

“This program spoke to me because it was broad enough that I could apply it in multiple ways once I started looking for a job, but it was also focused enough that I could learn more about what it means to serve your community through the work you do,” says Ives, who transferred to UCI in 2015 from Orange Coast College.

The social policy & public service major, available through the School of Social Sciences, gives students the chance to train at local nonprofit and government agencies, participate in community action research, and apply for internships that promote critical decision-making and problem-solving skills.

Ives interned at the Irvine Ranch Outdoor Education Center, where she helped institute a food waste composting process and taught young children about the environment and sustainability. She was also an intern at American Family Housing, where she was involved in community development projects.

“While working with American Family Housing, I learned about affordable housing and solutions to problems among Orange County’s homeless. In addition, I had the opportunity to organize a neighborhood cleanup around homeless veteran housing,” says Ives, who grew up in the Newport Beach and Irvine area.

Outside her internships, she attended events exploring such complex social issues as climate change, homelessness and sustainability. This led Ives to a university enterprise offering students an immersive cultural experience in Costa Rica.

“I participated on campus as academic coordinator of the UCI Costa Rica Program,” she says, “which allowed me to travel to Central America and discover more about global sustainability practices.”

The importance of scholarship support

Ives was able to intern and go abroad thanks to financial assistance during her time as a student.

She received the Distinguished Anteater Award, for undergraduates who demonstrate commitment to the university through their involvement with and contributions to campus-affiliated programs, clubs or projects.

Additionally, Ives benefited from the merit-based Dr. Ryoji Yokoyama Undergraduate Scholarship, for those with a clear and stated interest in advancing international relations.

“This support lifted a huge burden from my family and me,” she says. “I was able to take a third transfer year at UCI and finish my minor in global sustainability, which has greatly impacted my aspirations and ambitions.

“I am so grateful to the School of Social Sciences and the generous donors who made my financial aid possible.”

She says that in five or six years, she’d like to start her own organization supporting sustainable food systems and practices – perhaps creating a chain of urban gardens in Orange County and a coordinated composting structure.

“I feel like I’ve accomplished everything I set out to do in college,” Ives says. “Now I want to work in the nonprofit sector so that I can further help my community.”