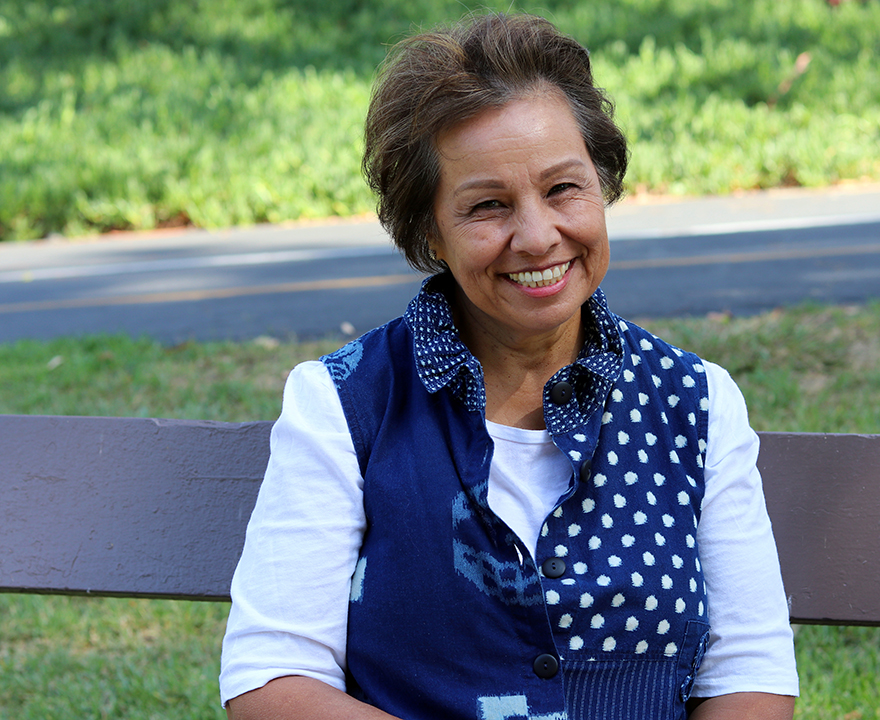 
After a nationwide search, Rebecca Ávila has been named assistant dean of the University of California, Irvine School of Social Sciences. As the school’s most senior-ranking staff member, she will oversee all planning, operations and management for one of the top 50-ranked social sciences schools in the nation.

“I am absolutely thrilled we have had the good fortune to recruit Becky,” says Bill Maurer, social sciences dean and anthropology and law professor. “She has such a stellar reputation as a first-rate leader and administrator, and she brings decades of experience from a range of positions in academia, philanthropy and the community. I am truly excited to reintroduce her to the campus and our social sciences community, and to get started on the work ahead."

Ávila is a familiar face to the Irvine campus. From 2008-13, she served as the inaugural assistant dean in the School of Law. She played an integral role in bringing the now highly ranked program from its infancy to public launch. She has worked for the Annenberg Foundation Trust at Sunnylands for the past six years where she’s held increasingly higher-level positions up to her current role as chief operating officer. She served in leadership positions with the University of Southern California Annenberg School for Communication from 2000-08 and as executive director of the Los Angeles City Ethics Commission, 1995-2000. She’s also on the boards of Democracy 21, the Center for Political Accountability, Zocalo Public Square, and the USC Center for Communication Leadership and Policy.

“I’m excited to return to UCI which, based on my experience, has a collaborative and open culture and is such a beautiful campus,” says Ávila. “It is a unique opportunity to be part of an institution whose mission is to expand knowledge. For that reason, between the celebrated faculty and the students who keep us all on our toes, I find higher education to be stimulating and rewarding both personally and professionally.”

With her move to UCI’s School of Social Sciences beginning September 23, Ávila will manage a $54.4 million operating and extramural funding budget that supports the research, teaching and service mission of more than 7,250 students - 6764 undergraduates and 489 master’s and doctoral students - 259 faculty and lecturers, and 80 staff spread across nine academic departments, nine administrative units, 26 degree programs, 18 research centers, and facilities in excess of 220,000 assignable square feet. Her first order of business will be to get up to speed on the many departments, centers, initiatives, and programs housed within the school.

“I’ve heard great things about the staff, and I look forward to meeting them, getting their ideas, and understanding what challenges they need help addressing,” she says.

Ávila is a University of California alumna who earned her bachelor’s in political science and emphasis in international relations at the Santa Barbara campus. She holds a master’s of public administration from the University of Washington where she was an Alfred P. Sloan Fellow. Her selection as assistant dean follows the retirement of David Leinen who held the role from 1999 to 2019. With her hire, Ávila is the school’s fourth assistant dean and first female to serve in the role since the establishment of social sciences in 1965 as one of campus’s five original academic pillars.