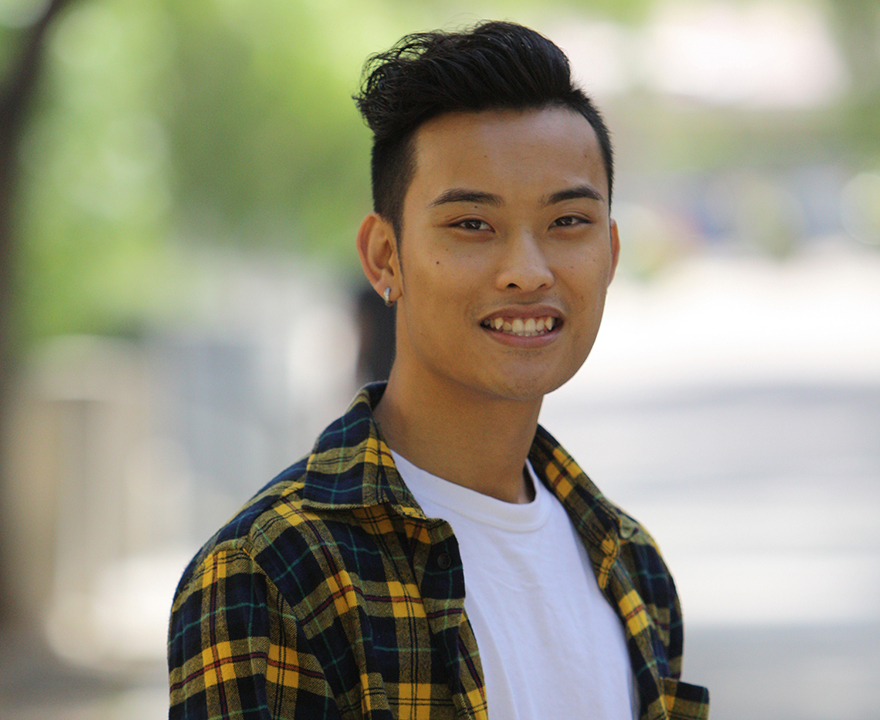 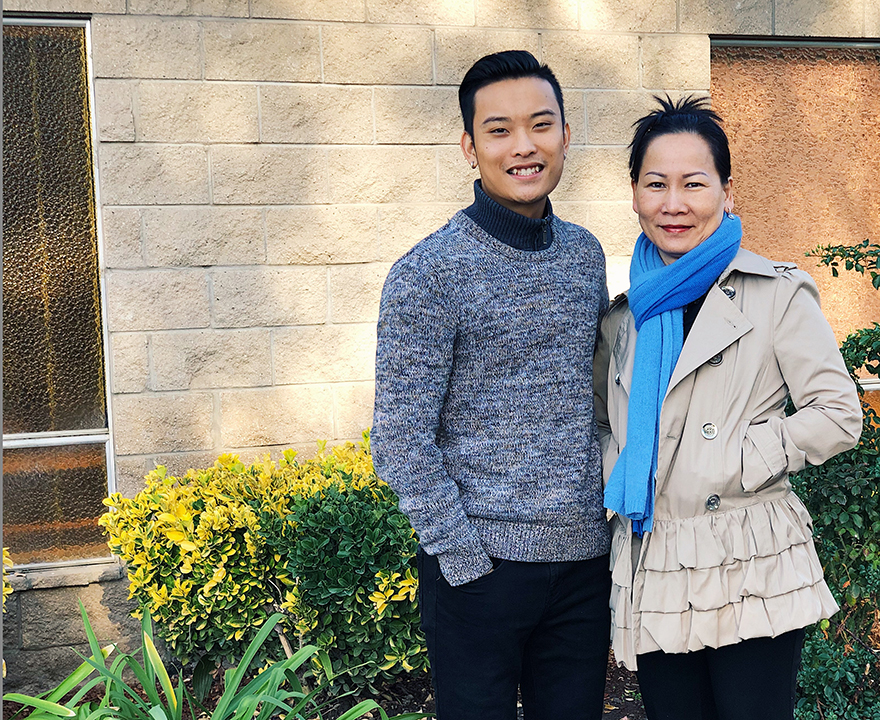 When Truong Nhat Vu Xe was just two-years-old, his family came to California from Vietnam in search of a better life. He watched as his parents, with less than a middle school education, worked long hours to provide for their family in the San Jose community where Xe and his three siblings grew up.

Fast forward 19 years. Xe will graduate in June with double majors in business economics and social policy & public service, and certification as an ABA-accredited paralegal – all done within just three years of study at UCI. He’s pursued and presented research on sustainability and public policy, and worked as a course assistant for three classes and programs in three different schools. He’s mentored high school students on financial literacy and law practices, and first year undergrads on college readiness methods. He’s traveled abroad to work with underprivileged communities while holding part-time jobs in everything from tax work to legal aide – all in addition to being an active member in his fraternity and UCI’s student government, ASUCI. And to top it all off, in a class of roughly 2,000 graduates, he’s earned the opportunity to be one of only two student commencement speakers at the social sciences ceremonies. He truly has gotten everything he could out of his college experience.

So what’s been the driving force behind his educational passion and pursuit? The answer’s an easy one for Xe: “My mom. She’s my role model.”

His mom worked in a nail salon to provide for the family while navigating the challenges of adjusting to a new country and culture. She was eventually able to open her own salon in Santa Cruz – where Xe got his first part-time job - and is now a thriving small business owner and active advocate for the community in which she works.

“Being in the salon and watching my mom work tirelessly taught me firsthand the value of hard work. Watching her interactions with members of the Santa Cruz community and seeing how much they appreciate her allowed me to see how much she cares about community.”

Through her experience, he saw early on that a college degree could give him the jumpstart his parents didn’t have. When he was accepted to UC Irvine, he made a conscious effort to take advantage of every opportunity that came his way.

Coming to UCI  - a seven-hour drive from home - was a big move for Xe. He’d grown up in a predominantly low-income Latinx community and being a first-generation college student, he didn’t quite know what to expect. So, he sought counsel from the community around him, a resource from which many first-gen students draw. A co-worker urged him to join a fraternity, advice that aligned with a recommendation from a student leader he met on his campus visit. And while Xe admits it was a step outside his comfort zone, he took the dive into Greek life on campus as a member of Alpha Kappa Psi, a professional business fraternity. The experience has come to mark many of his fondest memories as an Anteater.

“My fraternity helped me find confidence and so many professional growth opportunities,” he says. “And the brotherhood shared with so many unique individuals is something you’d be hard-pressed to find elsewhere. I never expected to get so close to a group of people, and seeing how far we’ve come and the great leadership opportunities and internships we’ve all gotten to be part of is pretty surreal.”

Watching his mom’s small business grow from an idea to a successful source of income for his family led Xe to pursue a major in business economics. During fall quarter of his first year, he discovered and declared a double major in social policy & public service (SPPS).

“I instantly fell in love with the SPPS curriculum,” he says. “It was incredible being in courses relevant to being an informed, community leader.”

Xe was soon working on three different research projects, one – for the UCI Costa Rica Program – which took him abroad. He studied effects of ecotourism on villagers’ quality of life and traveled to the Central American country for one-on-one interviews with rural residents.

“I learned a lot from this project – mainly that to make environment-friendly programs work in new areas, you should not change the way people do things. Instead, the focus should be on helping people find ways to do the things they’re already doing in a way that may be better for the environment,” he says.

He also discovered a passion for sustainability he would further hone through research with the UCI Multidisciplinary Fellowship and in his SPPS capstone course. The latter is where he met Jeanett Castellanos, social sciences undergraduate associate dean, teaching professor, and highly involved mentor to many first-gen students on campus.

“Truong has extensive practical experience in the community. Engaging him, you will find a charismatic and sensitive individual filled with compassion and leadership abilities,” she says. “His interests in sustainability and public service are long-standing and he has a proven record of investment and commitment to service and scholarship.”

Through his capstone project, he worked with The California Endowment – Santa Ana Building Healthy Communities non-profit to create feasibility and cost-benefit analyses for co-ops interested in starting sustainability programs. He also helped host a conference where business owners and residents addressed issues they face in Santa Ana. The experience was a proud moment for Xe who identified on a personal level with the community the project served.

“It was so great to facilitate a conference where everyone networked while learning to use the resources they have around them to create change,” he says.

Putting it all together

Somehow, Xe also found time to put theory into practice for UCI. As ASUCI’s commissioner for sustainability, he helped educate students on best practices while raising campus awareness on issues like waste reduction and recycling. He was instrumental in bringing to campus green books – an environmentally friendly alternative to traditional exam blue books.

Xe also connected with community outreach programs including the UCI Saturday Academy of Law where he volunteered time in the six-week legal learning program for 130+ high school students. He served as an advisor for the Center for Investment and Wealth Management LIFEvest Program where he mentored a group of 30 high school students from underserved communities on budgeting and investing practices, along with college readiness and career exploration techniques. And, he helped students develop personal action plans for college through UCI’s Freshman Edge/Summer Bridge Program. For his academic and outreach efforts, he was recognized last year as the Schonfeld Scholar.

“He’s such a conscientious scholar who’s fully aware of social inequality in society,” Castellanos says. “He’s a social advocate for social change. He wants to improve conditions of marginalized communities and is always looking for ways to represent and help those in need, as both a scholar and activist.”

With everything he’s accomplished and been involved in, it’s hard to fathom that Xe’s time at UCI spans only three years. When asked how he managed to fit everything in, he’s again quick to credit mom.

“Her work ethic and passion for helping her community really left a mark on me,” he says. After graduating in June, he’ll be going to work for the San Francisco office of Chapman and Cutler, LLP as a paralegal. His ultimate goal: to become a lawyer who helps develop policies enabling more people to become small business owners – like his mom – and live their version of the American dream.