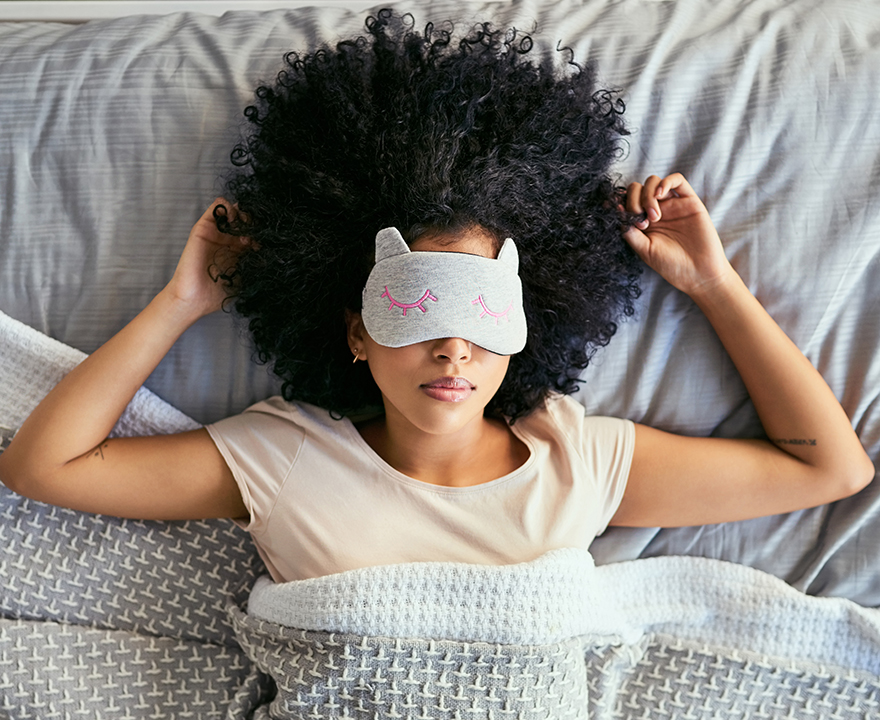 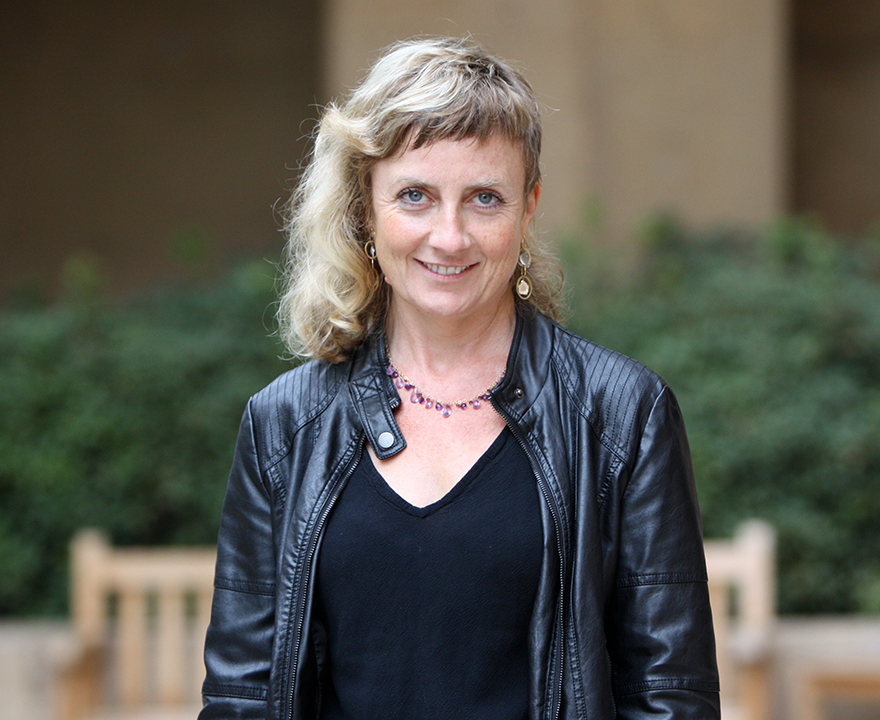 Sleep – like eating and drinking – is one of our most basic needs (just try going a night without it - past your mid-twenties - and see what happens). But sometimes this natural process gets disrupted, and scientists are finding it happens more often, and like clockwork, in women. The culprit? Periods, says UCI cognitive scientist Sara C. Mednick. The long-term effects of the waxing and waning of sex hormones could be putting women at higher risk of memory-related disorders – like Alzheimer’s, which hits twice as many more women than men aged 75 and older.

The author of Take a Nap! Change Your Life, Mednick is a New York actress-turned Harvard-trained expert on the science of sleep: how it impacts memory, how interventions like pharmacology and electrical brain stimulation can be used to improve it, and how sex and age can help or hinder it. The director of UCI’s Sleep and Cognition Lab, she’s pioneered studies using a nap design that’s replaced nocturnal studies as the dominant research method for understanding the role of sleep in memory formation.

Her recent findings have been published in Neurobiology of Learning and Memory, and since joining UCI’s faculty in fall 2018, she received a $1.8 million grant from the National Institute on Aging to dive deeper into the effect of menstrual cycles on sleep and long-term memory in women across their lifespan. Here, she talks about sleep’s role in our overall health, why getting good Z’s may fluctuate in women, and what that means for long-term cognitive function.

Why we need our Z’s

“Our bodies perform a number of processes throughout the day – digesting food, information, feelings - that deplete our natural energy resources and molecular makeup,” says Mednick. “Sleep is the antidote to all of our daily active processes.”

A good night’s sleep restores glucose metabolism, and balance between our fight-or-flight and rest-and-digest processes, so that humans can function - biologically, mentally, emotionally and physically. And in research published in Neurobiology of Learning and Memory, Mednick contributes to a growing body of evidence showing which specific aspects of sleep are critical in memory consolidation.

“Sleep is the only time the brain slows down and recuperates from all of the activity it’s involved in during the time we’re awake,” she says. In the transition from wake to sleep, the brain goes from a state of high activity with asynchronous firing of neurons to a much slower pace in which all neurons begin to fire as one. This synchronized firing allows for the transfer of information from short-term to long-term storage areas of the brain via large coordinated brain waves, she explains.

“As we fall into deeper and deeper sleep, the waves get bigger. At the peaks, neurons from different brain areas fire together and this allows for the communication and transfer of information,” she says. This pattern gets repeated over and over across the different stages of sleep, helping the brain absorb information from the day, commit it to memory, and restore itself. When this pattern gets interrupted due to poor or lost sleep, cognition and memory are affected.

Why men and women sleep differently

Men and women are biologically different (not shocking news). But what is somewhat surprising is that historically most scientific studies performed to understand everything from sex to sleep use only male research subjects.

“Even rodents used in scientific research are only male,” says Mednick, citing a commonly held view in science that females introduce too many hormonal variables which can complicate findings. While this may lead to a more convenient path to findings, says Mednick, it isn’t accurate to presume women will respond the same as men to  treatments derived from single sex-based studies. And since women represent roughly half of the world’s population, understanding the way their bodies work and respond to treatment is important.

“Science has been slow to respond to studying women and the general overall need for more studies that focus on issues affecting only women,” says Mednick. And that’s where her research is filling a very large gap.

But first, a little background on the female four-week menstrual cycle. In week one, when a woman is in active menses (or her period), she’s low in all hormones. In the second week, estrogen levels spike which has been shown to enhance fine motor skills and verbal fluency. And in week three, there’s a peak in progesterone which has been linked with better spatial and navigational performance. Week four is when all levels start to decline, leading women to experience premenstrual syndrome (PMS) symptoms.

“We know that women have different hormones that increase and decrease over a four week cycle,” she says. “I’m really interested in how changes in the hormone cycle impact sleep and memory.”

In another study published in Neurobiology of Learning and Memory, Mednick put men and women to a memory game-like test before and after a nap. During their snooze, research participants were outfitted with electroencephalogram (EEG), electrooculogram (EOG), and electromyogram electrodes to monitor brain wave activity, blood oxygen levels, heart rate, and breathing, as well as eye and leg movements. Women were studied at two different points in their four week menstrual cycle to help determine whether or not hormonal changes impacted sleep and/or memory performance.

“Regardless of menstrual phase, women had better pre-nap performance than men,” Mednick says, which fits previous research showing women to have better word and picture recall and recognition, and story recall and name recognition than men. But when testing post-nap, women in their nonperimenses phase (weeks two/three) and men outperformed women in the week prior to or in active menses (weeks four/one).

“Clearly, sex hormones play a role in memory consolidation,” says Mednick. “Our goal then became figuring out why that was happening, how it might be improved, and how we can learn from it.”

When they investigated further, Mednick and researchers – homing in on EEG data - found electrophysiological events during sleep were different in men and women, depending upon the women’s menstrual cycle. In addition to performing poorer on the memory test post nap, women in the week prior to or in active menses registered poorer sleep.

The findings mark the first time researchers have combined work to pinpoint the effect of menstruation on memory consolidation due to sleep loss, says Mednick.

“There have been people doing research on sex hormones’ effect on cognition and on sleep, but no one is putting it all together.” And for her, it’s only the beginning.

Scientifically understanding that women are most deficient in memory and sleep during periods of low sex hormones shouldn’t be seen as a point of discouragement for the female population, says Mednick, but rather, an opportunity.

“A lot of medical science sees women – and PMS and menopause specifically – in a disease model,” she says. “I find that offensive. Let’s instead see it as an opportunity. This knowledge can help women better prepare and optimize themselves with their cycle. Therapies, lifestyle interventions – so many doors open when we start to understand an issue better.”

In March, she was awarded a five-year, $1.8 million grant from National Institute on Aging to expand her research across the lifespan. Men and women from varying ages - young, midlife, pre- and post-menopause - will be spending time in her sleep lab while Mednick tracks blood hormone levels, sleep and memory function over four weeks to learn how hormones vary and impact sleep and memory across a woman’s lifespan. The research will cover a full menstrual cycle to produce a much clearer picture of what sleep looks like for women compared to men, younger women vs older women, and how sleep impacts memory over the lifespan.

“I found my passion in my curiosity for the overlooked,” says Mednick. “Being a woman in a scientific field, I see how much women can change the story we’ve been telling in science. It’s really exciting to get to contribute to that.”

-Heather Ashbach, UCI School of Social Sciences
-pictured: (top) “There have been people doing research on sex hormones’ effect on cognition and on sleep, but no one is putting it all together,” says Sara C. Mednick, cognitive scientist. Her research aims to fill this gap. Photo courtesy of LaylaBird/istock. (right) Sara C. Mednick, courtesy of UCI School of Social Sciences.