In 2018, the turnout gap between young and old people didn’t really shrink at all 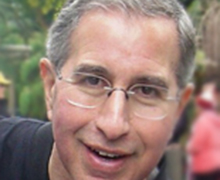 In 2018, the turnout gap between young and old people didn’t really shrink at all


A recent Pew Research Center study of young Americans has led many political observers to warn of a coming storm for the Republican Party based on the increasingly liberal leanings of the youngest Americans. As Colby Itkowitz of The Fix summarized it here at The Washington Post, “The next generation of voters is more liberal, more inclusive and believes in government.” Data like these recently led Republican consultant John Brabender to write in RealClearPolitics that he is starting to panic the more he reviews the data on young voters. Most notably, he writes that “their apathy seems to be fading and their participation increasing.”

But is there really so much reason for the Republicans to be fearful and the Democrats to be gleeful? My book “Is Voting for Young People?” shows that over the past four decades, politics and voting have, more and more, become the province of older people.