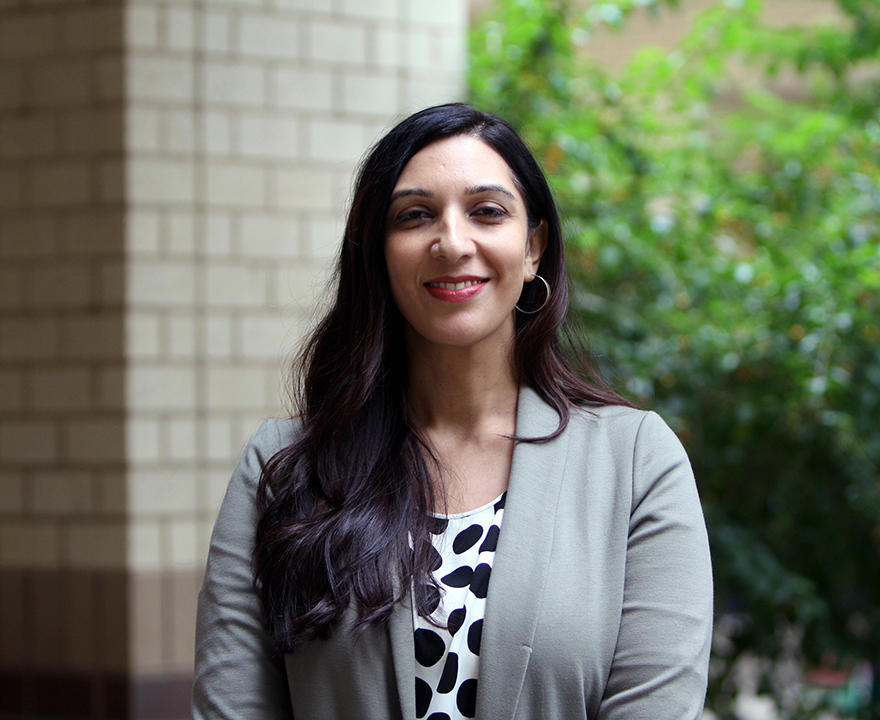 
Anneeth Kaur Hundle has been named the Dhan Kaur Sahota Presidential Chair in Sikh Studies at the University of California, Irvine School of Social Sciences. The $2 million endowed chair – housed in the Department of Anthropology – was created in 2017 with a $1.5 million gift from Drs. Harvinder and Asha Sahota and $500,000 from the UC Presidential Match for Endowed Chairs program.


“With the establishment of this endowed chair, we hope members of the UCI community will deepen their understanding of Sikh religion and culture by learning the vibrant traditions, many contributions in world history and American society,” said cardiologist Harvinder Sahota. “We are particularly keen to ensure UCI students are aware of the religion’s commitment to equality and social justice.”

As chair and UCI assistant professor of anthropology, Hundle will contribute to the study of the Sikh religion and culture in global, comparative, cross-racial and religious community frameworks. She will teach courses and develop research programs to increase understanding of immigrant incorporation and civil rights issues affecting Sikhs in the U.S.

“We are extremely grateful for the generosity of the Sahotas and recognize the importance of broadening knowledge of Sikh culture and religion, especially in this time of division and misunderstanding,” said Bill Maurer, dean of the School of Social Sciences. “We are also quite fortunate that we were able to recruit such an accomplished junior scholar to launch what we hope will be more research, education and outreach aligned with the school’s commitment to bridging divides in our diverse society and around the world.”

Hundle joined UCI in January from UC Merced, where she was an assistant professor of anthropology and associated faculty with the critical race & ethnic studies program. Her current research explores the politics of race, gender, citizenship and decolonization in Uganda after the expulsion of the racialized Asian community in 1972. Her research and writing have been funded by the National Science Foundation, the Wenner-Gren Foundation and multiple UC awards, including the UC President’s Faculty Research Fellowship.

After receiving a bachelor’s degree in anthropology and gender studies from Northwestern University, Hundle earned master’s and doctoral degrees in anthropology at the University of Michigan in Ann Arbor. She spent four years on the faculty of UC Merced, including one year as a visiting professor with the Center for African Studies at UC Berkeley, and was a research associate with the Makerere Institute of Social Research at Uganda’s Makerere University for two years.

Hundle has been published in the Journal of Asian and African Studies; Comparative Studies of South Asia, Africa and the Middle East; Public Culture; Critical Ethnic Studies; and Feminist Review, among other periodicals, and is currently an associate editor of Sikh Formations: Religion, Culture, Theory.

“I am honored to be the first person named to this chair and appreciate the support of the Sahotas, Dean Maurer and my colleagues here at UCI in anthropology and other departments,” Hundle said. “I’m excited to have the opportunity to build on my existing expertise and advance Sikh studies scholarly research in local, transnational and global contexts, and I look forward to promoting cross-religious, -ethnic and -racial community outreach and engagement via Sikh studies and anthropology with this position.”