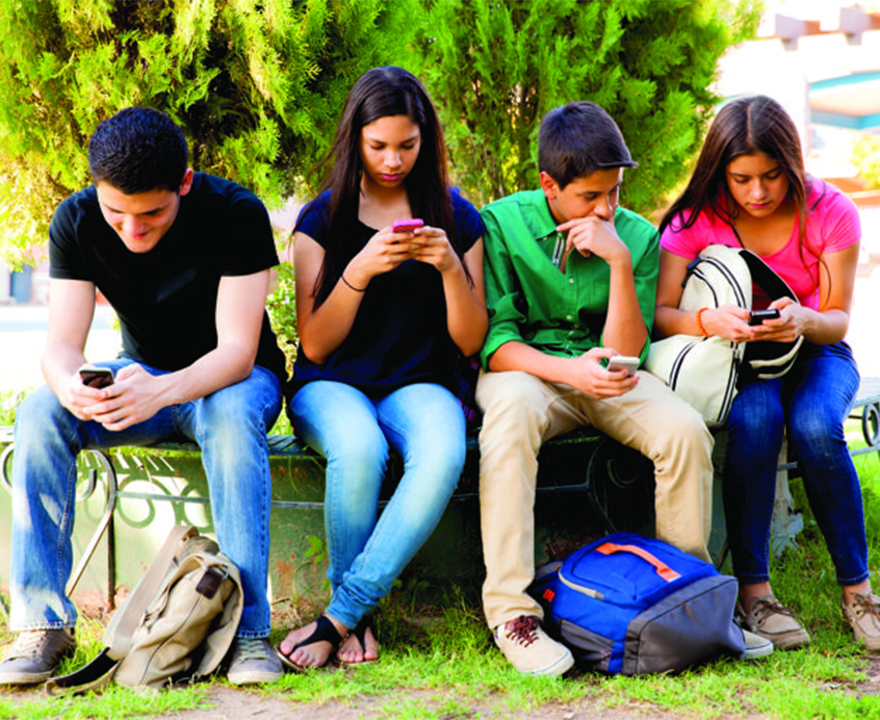 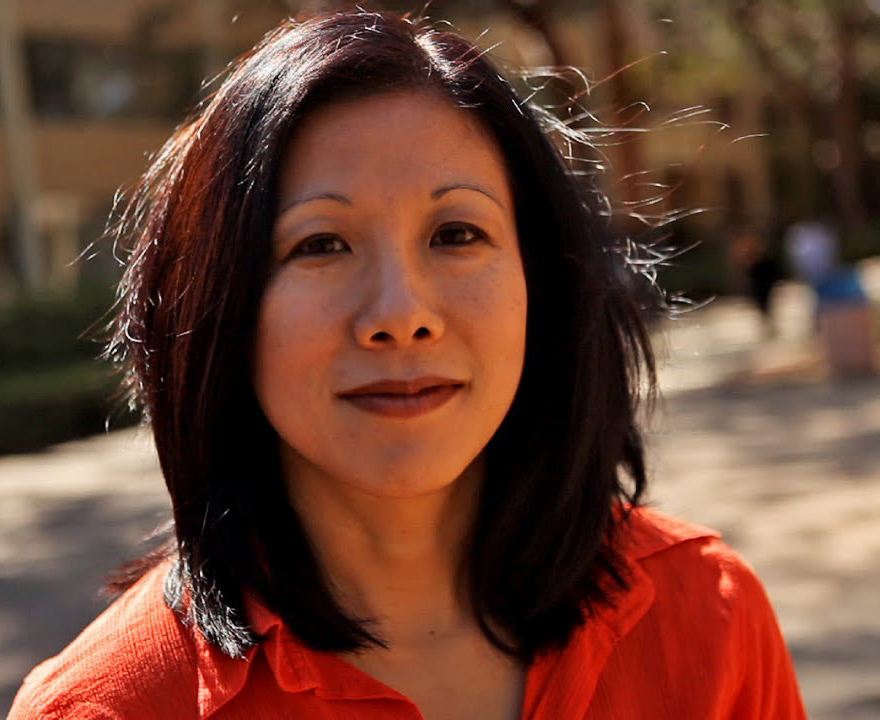 Today’s U.S. teens are more connected – to the internet, information and each other – than any previous generation, with 95 percent having access to a smartphone and 45 percent saying that they’re online “almost constantly,” according to a recent Pew Research Center survey.

Scientists, educators and parents may well wonder about the effects the digital age is having on the nation’s youth. And with technology changing so rapidly, can the research keep up?

That’s the aim of the Connected Learning Lab in the California Institute for Telecommunications & Information Technology at UCI, where interdisciplinary researchers are putting their heads together to better understand how young people are using digital technology and then leverage that information to improve educational approaches. Twelve faculty – across informatics, education, anthropology, psychology and the humanities – bring their own research, specialized knowledge and students to the task.

Cultural anthropologist and informatics professor-in-residence Mimi Ito directs the lab. She studies technology use by youth, examining their changing relationships to media and communications. With multimillion-dollar funding from the MacArthur Foundation, Ito has spent the past 10 years constructing a framework around the idea of connected learning, and she has helped recruit other researchers with interests in this area to UCI, building a critical mass of expertise for the new lab.

“With these new hires, UCI has positioned itself in the forefront of national efforts to improve youth outcomes with technologically enhanced educational opportunities,” says Richard Arum, dean of the School of Education, CLL faculty member and an authority on the legal and institutional environments of schools, social stratification and digital education. “I am grateful for the opportunity to be engaged with this exceptional group of scholars.”

Arum was part of the MacArthur Foundation Connected Learning Research Network, a broader coalition of experts across the country chaired by Ito. Their work has found that the sweet spot for learning is where a person’s interests, relationships and opportunities intersect, often with the support of digital media.

“Our research shows that young people learn best when actively engaged, creating and solving problems they care about, and when they are supported by peers who appreciate and recognize their accomplishments,” Ito says.

She and a team of others are helping define the way kids use media, parsing what it means to hang out, mess around and geek out online.

Ito says that researchers from the lab will explore everything from social, emotional and cultural factors to the technology and such concerns as educational inequality. “We do a lot of work in the education sciences, technology studies, human-computer interaction and so on to understand learning dynamics,” she says, “but we also bring in a lot of social science to look at issues of equity, inclusion and barriers.”

Another CLL faculty member, Candice Odgers, explains that researchers want to determine how to leverage new technologies and build supportive environments in a manner that will decrease inequality instead of amplifying it.

“We have the largest world population ever of adolescents: 1.8 billion. And this group is very digitally connected,” notes Odgers, a UCI professor of psychological science who studies adolescents’ mental health and development.

She points out that although one in three users of the internet is younger than 18, cyberspace isn’t geared toward them. “We really need to think about not only how youth are shaped by their experiences in the online world, but how the online world can be designed in ways that could be more supportive or that could reduce these inequalities that we are seeing,” she says.

Ito and Odgers, along with collaborators from UC Berkeley and the University of Toronto, recently received $65,000 in funding from the Canadian Institute for Advanced Research to lead a series of workshops focused on decreasing digital inequity and enhancing inclusion via smart design and developmental science.

According to Odgers, who started tracking kids with cellphones 10 years ago, many adolescents are actually thriving in the digital age. “We see high rates of high school graduation and declining rates of things like teen pregnancy, alcohol consumption and violence,” she says. “So most kids are doing well. Even in cases where young people seem to be struggling a bit more, like with mental health, we don’t find evidence that smartphones are to blame. People really want to blame the devices, so it’s important to understand what the real effects are.”

She says there’s better data today on digital technology and kids – and it’s becoming more nuanced. For instance, all youth, but especially those from low-income families, are increasingly connecting to the online world and their social networks via smartphones and mobile devices. They spend, on average, three more hours a day on a device than children from high-income families, and that time is spent a bit differently. Kids in high-income environments devote a larger portion of their time to searching for information or doing things considered educational as opposed to entertaining.

Another interesting finding, from Ito, is that young people today have grown up consuming the media of their choice – self-selecting their news – unlike previous generations who grew up watching the evening news on live television. This influences how people form political opinions or decide what is factual and who is an authority.

“This trend has been going on for some time, and it means that interpersonal and social relationships drive belief systems in a much more profound way than an environment where you still had this bullpen of common media culture,” Ito says. “Often, these broader implications are things that are difficult to anticipate until you’ve seen the ripple effects play out.”

Odgers characterizes the phenomenon this way: “The genie is out of the bottle.” The digital revolution, the information age and the ultraconnected, socially networked teen are all part of today’s world. She hopes that with the CLL at Calit2, “we can forge new collaborations; advance research faster than we would be able to in our own school environments; and serve as a real resource for this campus, the UC system and the world on a topic that’s just exploding and [with which] science is struggling to keep pace.”