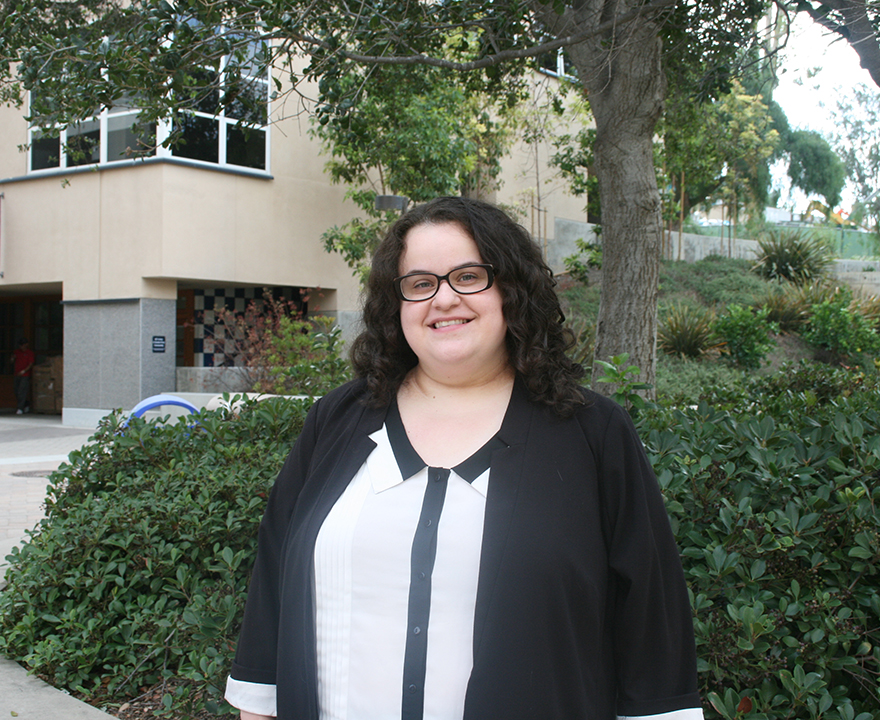 
“Always be sure to get an education, because that’s one thing they cannot take away from you.”  These wise words, often repeated by her Cuban grandmother, have stayed with Julia Valdes throughout her life.

The advice propelled Valdes to study political science at the Indiana University Bloomington, even while some of her friends from the working class neighborhood in Indianapolis moved straight into minimum wage jobs after high school. Valdes set her sights on something loftier such as working in political communications or going to law school. But one day, a letter showed up in the mailbox.

“It changed everything for me,” says Valdes.

The letter informed her that she qualified for the McNair Scholars Program, a federally funded program that prepares traditionally underrepresented students for graduate studies. “Without it, I would not be where I am today,” she says.

Today, Valdes is a graduate of Northwestern’s Ph.D. program in political science and a postdoctoral scholar in the Program in Corporate Welfare Studies at UCI’s School of Social Sciences. Here, she’s the resident expert in “private politics” – the term for the emerging practice of organized efforts to influence company policies.

An emerging avenue for political persuasion

When the McNair Scholars Program introduced her to social science research methods and experiments as an undergraduate, Valdes realized she loved research. Soon after, she chose to pursue her graduate studies at Northwestern, where she was advised by James Druckman, and began surveys and analysis into private politics.

“When it comes to public policy, political scientists have focused nearly exclusively on what elected officials do,” explains Druckman. “This is sensible at first glance, but it misses much of the action today.”

Valdes was surprised at the growing number of campaigns targeting corporations instead of lawmakers – a trend she noticed even in her own email inbox. Furthermore, as she watched the campaigns play out, she was surprised at how quickly companies would back down under public pressure, whether the issue was deforestation or tuna fishing with nets.

“Private politics are an easier avenue of political involvement for people -- especially in a year without an election,” says Valdes. “There are continuous opportunities for engaging in private politics, whereas elections are only periodic.”

Targeting companies is not just appealing because it’s easier to “vote” with your wallet year-round, but also because companies can change course more quickly than government can pass legislation.

As the trend in private politics grows, Valdes is curious about the long-term implications for lawmakers, and for organizations like NGOs and nonprofits who want to make an impact on issues they care about.

“By engaging in private politics, you might be shooting yourself in the foot long-term,” Valdes warns. “If the focus is on the businesses, legislators can choose the easy way out and leave it to the organizers to businesses to sort it out.”

Her research bears that out. In one study, Valdes took the issue of raising the minimum wage, a cause that activists have addressed with both lawmakers and large fast food companies like McDonalds. Valdes explored how state legislators would respond to receiving emails from their constituents about raising the minimum wage to $15 – while knowing that the email was part of a broader, organized campaign.

When lawmakers were told that constituents were already appealing directly to companies – for example, boycotting McDonalds until it increases its wages -- the lawmakers were less likely to change their position, and less likely to sponsor a bill to increase the minimum wage.  Why? Lawmakers indicated that they thought the legislature would get less credit than the interest groups for any change to the minimum wage in this scenario.

“When nonprofits organize campaigns around issues, they really need to be aware of inadvertently working against legislators, who really want the credit for policy changes,” explains Valdes.

In fact, 80% of Republican lawmakers were “very unlikely” to sponsor a minimum wage bill when they knew that their constituents were planning to work directly with business.

Valdes also looked at factors that influence an individual to decide to sign a petition directed at a company instead of at lawmakers. Simply “priming” potential petitioners with a story about a time when one method worked – either method – made it more likely that people would sign the petition.  Understanding these kinds of campaigns will be useful for nonprofits and strategists.

But, overall, which is the better route for organizations that want to change the world, appealing to people to pursue private politics or public politics?

“Ideally, you want both tactics,” says Valdes. “You may want to start with private politics to get a quick win, and then move on to influencing government to ensure the policy change has a widespread effect.”

At UCI, Valdes will continue her research, expanding the work by faculty in the Program in Corporate Welfare who current study taxes, corporate governance and environmental economics.

“It’s wonderful to add a political scientist to the mix in our program, because political scientists ask different questions and rely on different research methods than economists do,” says Amihai Glazer, director of the Program in Corporate Welfare and professor of economics. “Much of what government does is aimed at influencing the behavior of firms, and Julia Valdes brings a fresh new perspective that further enhances the Program in Corporate Welfare’s research foci.”

As Valdes continues her research this year, she is also on the job market, looking for a tenure-track position.  Given the challenging academic market, Valdes laughs and says if it doesn’t work out, she has no qualms with following in her mom’s footsteps and becoming a mail carrier.  For now, though, she’s living the dream – getting paid to live and do research she loves in a beautiful place like Southern California.

Northwestern’s Druckman has no worries about Valdes’ hiring prospects, because the nexus between public and private politics promises to remain a dynamic research ground for years to come.

“Julia is a pioneer in studying this type of politics,” says Druckman. “Her work is sure to set an agenda for social scientists – it’s among the most exciting work being done today.”