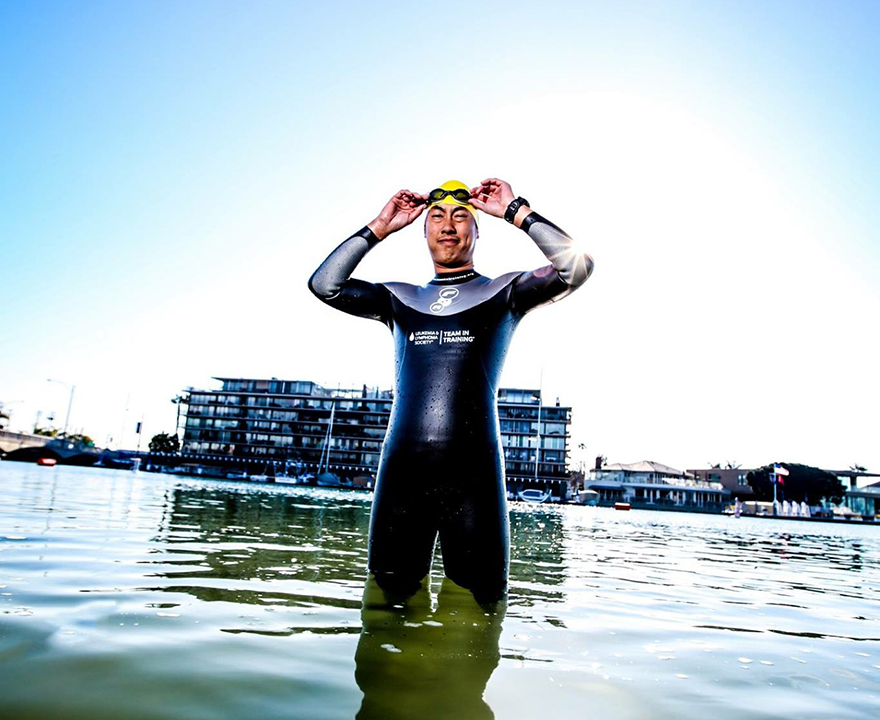 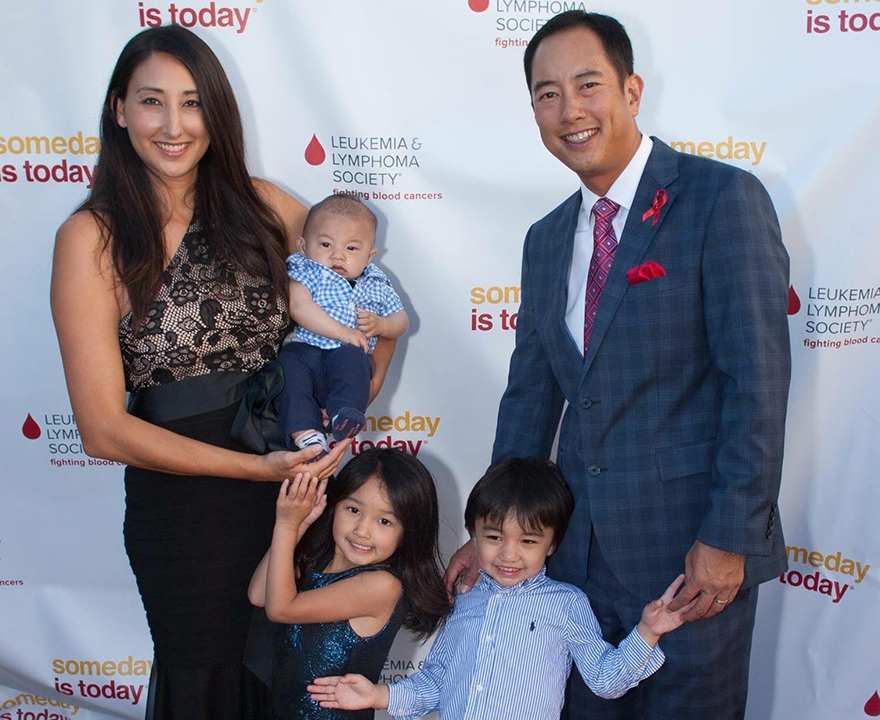 Competition excites Chris Lee. In youth, it’s what drove him to become a nationally ranked junior tennis player. In his career, it’s the motivation behind his rise from bank teller to senior vice president. After a battle with non-Hodgkin lymphoma, it’s what fueled him to train and complete a marathon. “I wanted to prove to myself that I was back mentally and physically,” he says about that time.

Today, Lee seems to have it all. His career in the banking industry has been filled with steady promotions. He’s an active member of the Dean’s Leadership Society at UCI through which he helps the School of Social Sciences raise money to support scholarships, research, and school-wide initiatives. He’s been on the board of trustees for the Leukemia and Lymphoma Society, where he served as president, and where he was named Man of the Year for raising $219,000 over a ten-week period, which was a record at the time. (Yes, he’s even competitive when it comes to charity.)

The importance of a college degree

Lee’s life is full and balanced, but this hasn’t always been the case. In his twenties, he learned hard lessons, which altered how he approached his life.

Lee had been recruited to play tennis for UC Irvine as a freshman and when he arrived to campus, he believed tennis was his purpose. Academics took a backseat. This was unpopular in his family, where academics were not only revered, but expected. Getting a college degree was not a question in the Lee household and in his third year at UCI, he became precipitously close to being kicked out.

Amazingly, when Lee reenrolled at UCI the following quarter, he completed three years worth of credits in one. He maxed out the number of units he could enroll in at UCI and simultaneously took classes at Saddleback College, Irvine Valley College, and a computer trade school.

There was a big difference when Lee returned to UCI. “I wasn’t there because my parents wanted me to be. I was there for myself,” he says. He may have suffered a setback, but he learned a lot about what he could accomplish when he focused. He learned how to become more efficient with his time. He learned how to work.

Lee completed his degree in political science in 2001. After graduation, when he was having trouble getting his foot in the door in the computer industry, a friend recommended that Lee apply to Wells Fargo. At first, he thought the job would be something that would hold him over until the computer industry opened up, but he soon discovered that he was not only good at his job, but he really liked it. Compared to his crazy college schedule, his job at Wells Fargo felt like a dream. “I could afford not to live with six people! I didn’t have homework! I was on could nine!” Lee says.

In January 2006, Lee was diagnosed with non-Hodgkin lymphoma. An MRI of his right pelvis revealed a 3.5 cm tumor. He went through six months of chemotherapy and a month of radiation and experienced all the side effects that go along with it—the hair loss, the fatigue, the fluctuations in weight, the compromised immune system. Despite this, Lee says, “It shaped everything for the better. I know it sounds funny to say that about cancer. But at that point in my life, I was so materialistic. I realized I could’ve had a billion dollars in the bank and it would’ve been all for nothing. I was really humbled. I appreciated life and all my friends and family who stuck by me in a different way after I got sick.”

The Leukemia and Lymphoma Society

Soon after, Lee discovered the Leukemia and Lymphoma Society. At first, he joined their Team in Training, an endurance training program which raises funds for cancer research. Then he assembled a team of family and friends for Light the Night, a fundraising walk at Angel Stadium. Over the past 11 years, Lee has participated in a lot of fundraising campaigns.

“The Leukemia and Lymphoma Society has been a good way for me to balance career, health, and family,” he says. “It’s brought my extended family closer together as they pitched in with my fundraising efforts. I’ve been able to introduce my kids to volunteering. I’ve met people who will be friends for life.”

Today, Lee’s life is one of balance. It’s something he cultivates. “My work with the Leukemia and Lymphoma Society has become a way of life,” he says. Competition still excites him, and although he admits that it can still get the best of him at times (“My wife teases me about how much I still care about winning on the tennis courts,” he says.), it’s not what defines him. He’s been able to combine his love of competition with his love of people, as well as with his love of volunteering for something he believes in.