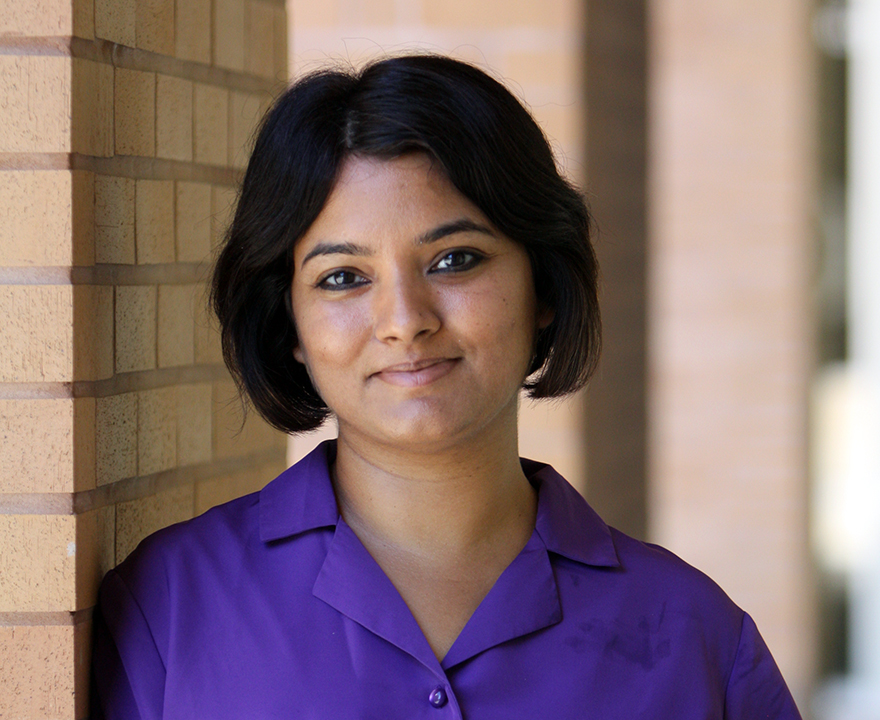 Vibhuti Ramachandran, global and international studies assistant professor, pursues research on the anthropology of law and gender, with a particular focus on South Asia. She specializes in research on sex trafficking, state policies and discourses on women, gender and sexuality in postcolonial contexts, and critical perspectives on human rights, humanitarianism, and non-governmental organizations (NGOs). Her doctoral research, supported by the Wenner Gren Foundation, examined how a U.S.-driven campaign to combat sex trafficking since the year 2000 has shaped foreign-funded NGOs’ efforts to work with the Indian legal system and state agencies to address prostitution. Connections between law, gender, globalization, and NGOs are central to her research, with additional interests in labor, migration, and childhood. She also explores intersections between global legal activism, local NGOs, and postcolonial law in situations involving underage domestic workers which are contentiously described as child labor and labor trafficking.

She was featured on Anthropology TV for her research on sex workers and the legal system in India and has frequently contributed to the blog Open Democracy as well as other online publications. Her faculty profile is available here: http://sites.uci.edu/vibhutir/