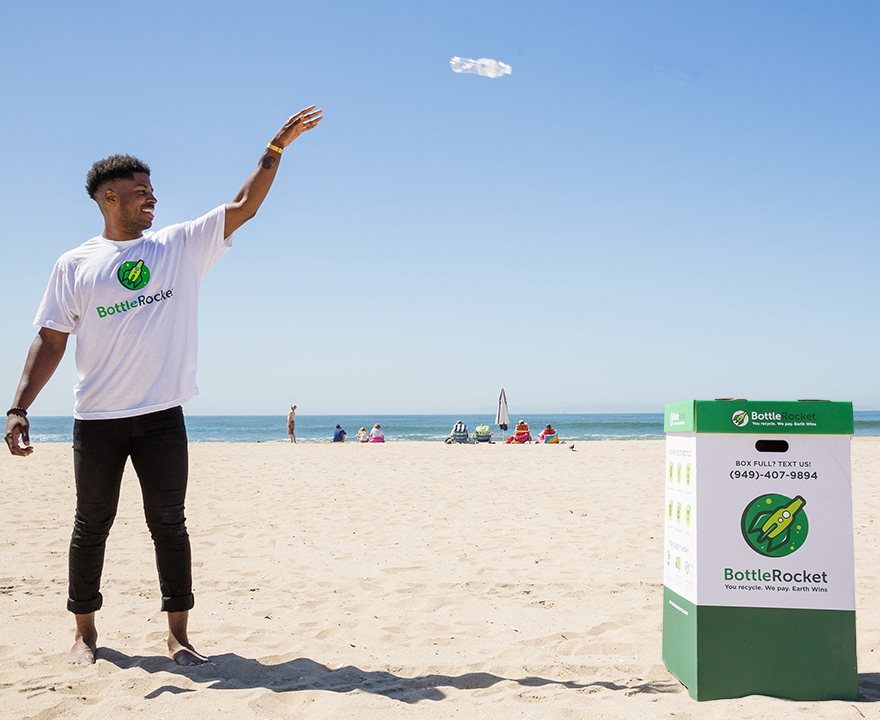 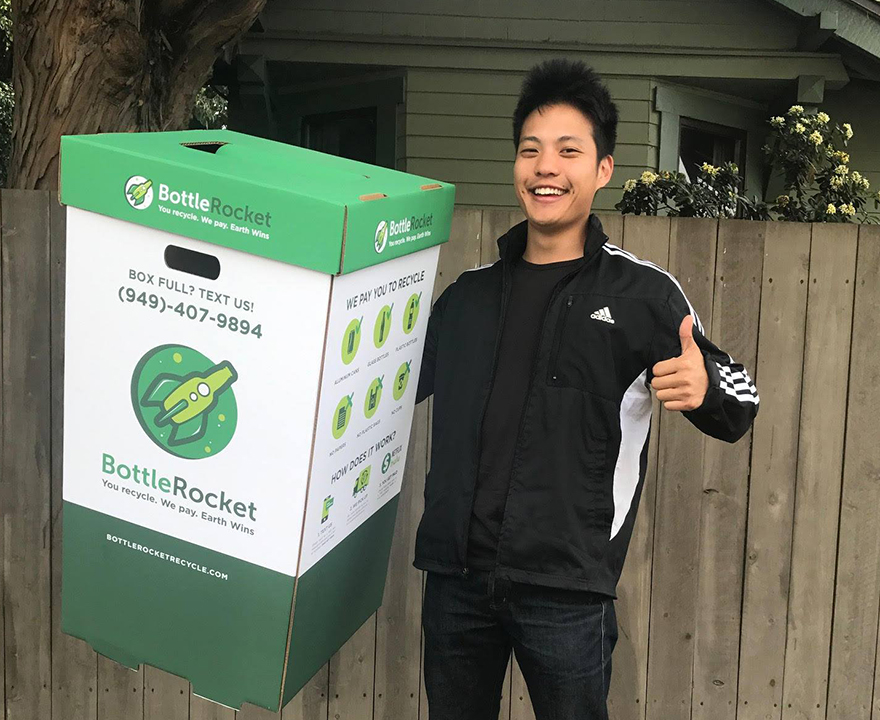 UCI’s School of Social Sciences is no stranger to its entrepreneurial students going on to form successful startups, but it’s a bit rarer for our Anteaters to form their business from the ground up while still completing their degrees. Impressively, that’s exactly what Arthur Avetisov, political science and economics ’15, and Brian Leung, international studies ’16, managed to achieve with their up and coming recycling business, BottleRocket.

With not one, but two bright social sciences alumni at its helm, it’s no surprise that BottleRocket has been a success. Created with the goal of blending convenience and technology with the environmental benefits of CRV recycling, the company has found a way to reward people for recycling, while requiring minimal effort from the consumer.

“BottleRocket is the first direct to consumer CRV pickup that allows you to earn money for recycling from home,” COO and co-founder Brian Leung says. “It’s super easy and quick for the consumer and it takes away all the inconvenience and stress of traditional recycling.”

And the process really is incredibly simple. Just fill the provided bin with CRV recyclables (bottles and cans), then call, text, or go on the company website to schedule a pickup. BottleRocket will collect your recycling, then deposit any earnings into your online account. Best of all, 99.7% of their material goes back onto shelves in the form of new products in two months flat.

“The process allows people to engage and have fun with recycling without any of the work, and it shows them they can have a tangible impact on the environment,” Leung says.

The company has already seen great success in Orange (its official launch city) and expanded services to Tustin and Santa Ana. And it’s not just for private homes. BottleRocket is available for residential areas and apartments, and also for businesses and even schools. 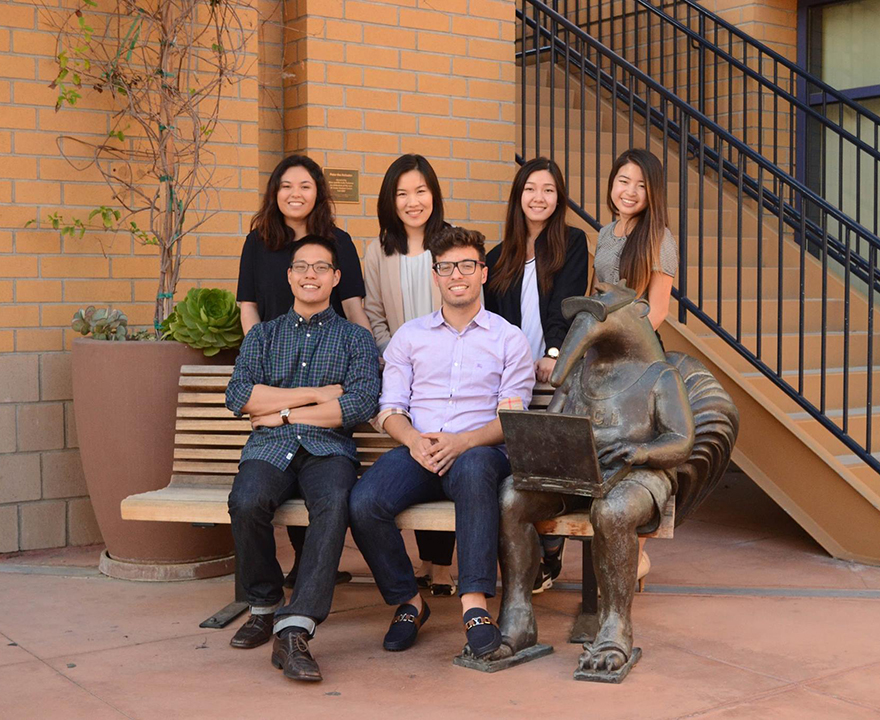 Apart from being environmental rockstars, Avetisov and Leung are perfect case studies to support the effectiveness of UCI’s entrepreneurial support organizations. In fact, they utilized almost every UCI resource available to them when getting their business off the ground.

As students, the two met as part of the Delta Sigma Pi business fraternity and realized their respective backgrounds could work very well together. Avetisov had experience in recycling (he had taken a gap year before college to start his own recycling center) while Leung had interned at a Bay Area startup. And when they both agreed that there was something wrong with such an outdated recycling culture in such a technologically developed world, they set to work to remedy the situation.

After developing a model of their proposed business, the two took their idea to the then-brand-new ANTrepreneur Center, who helped them flesh out their idea, identify their target market, and launch their very first beta test at UCI.

“Our goal was to sign up 100 students for our beta launch, and the spots filled up in less than 48 hours,” Leung says.

BottleRocket was a hit at UCI, winning the 2015 ANTrepreneur of the year award from the ANTrepreneur Center (then Blackstone LaunchPad). And after the test run was complete, the aspiring entrepreneurs took their data and business plan to The Cove, home to UCI’s Applied Innovation, to get it off the ground for real.

The “front door” to collaboration between UCI and outside industries, Applied Innovation is a place for startups to seek partners and funding from outside the university. For Avetisov and Leung, it was where they were able to take BottleRocket from a spark to a full-blown fire.

Now two years later, the company is expanding faster than ever, and the help UCI provided has not gone unnoticed. 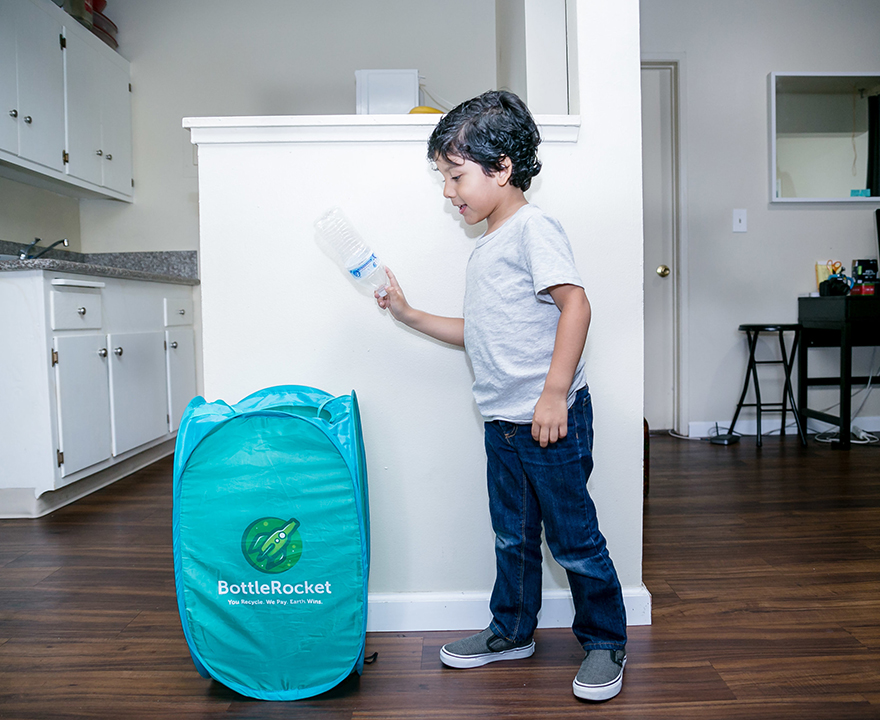 “I tell everyone that this process was the highlight of my college experience,” Leung says. “ I think expanding these centers [Applied Innovation and The Antrepreneur Center] is one of the key things UCI has done over the last few years. It got us into entrepreneurship, it got us into startups, and it put us in touch with a network to really launch our idea off the ground.”

More than that, Leung says that he believes these programs are incredibly important in that they provide voices and opportunities to young entrepreneurs who may, because of their youth, otherwise be overlooked.

“A lot of adults look on from the outside and say, ‘hey they are just students, what can they do to make an impact or what do they know about business?’" Leung says. “But I think just being students - being ambitious, being young, having that motivation - we were able to overcome a lack of experience and use the resources we had to learn on our own. And UCI provided us the chance to do that and create really unique products and services.”

With such a fondness for UCI in their hearts, Avetisov and Leung are thrilled that their most recent expansion has been in Irvine, having come full circle from where they first formulated the idea for BottleRocket four years ago. In addition, a recently redesigned website and a soon-to-come mobile app are making the recycling experience even more user-friendly.

“As a sustainability company, we want to be able to impact people in their daily lives and encourage them to be more sustainable and think eco-consciously,” Leung says. “So we’re trying to start a movement. And by starting this service it’s kind of like the lightning rod - we’re attracting new ideas all the time.”