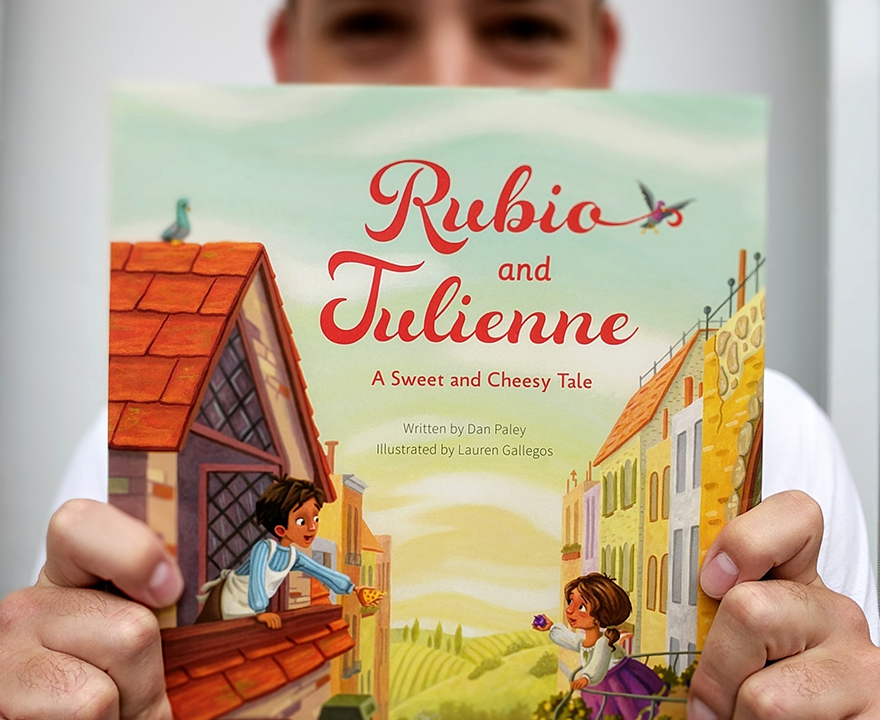 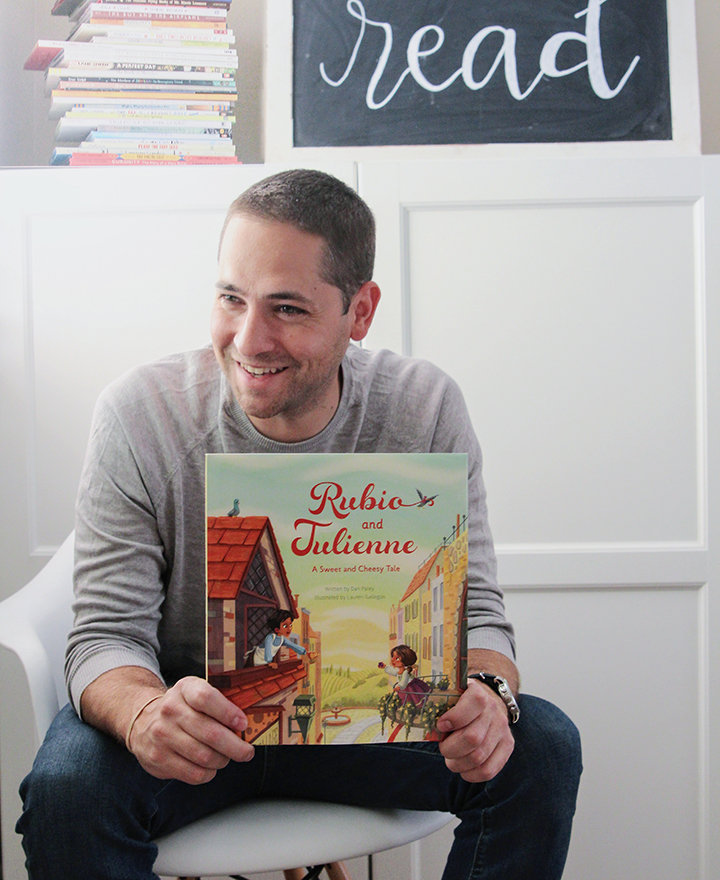 For the Economic and Self Sufficiency Policy Research Institute (ESSPRI) staff member who moonlights as a children’s author, the seed for the story grew around his kitchen table. A father of three, he admits that opening his kids’ eyes – and taste buds – to new foods can be a challenge.

“My kids aren’t open to trying anything new…ever. It hasn’t made sense to me – it’s not logical to just not try something,” he says.

Paley, who was born in Spain, grew up with a much more colorful concept of cuisine. His mother brought a Spanish flavor and flare to everything he tasted as a child.

“She did a great job introducing my siblings and me to different tastes and textures and combinations at a young age,” he says. They moved to Philadelphia when Paley was young, but his mom’s Spanish influence continued to infuse his childhood with a palate for variety.

As Paley and his wife became parents, he was ecstatic about sharing that same experience with his children. But that was not to be.

“They act as if they are controlled by some ancient belief that food is bad and they can only eat the flavors they’re comfortable with,” he says – a scenario with which many parents of young children can relate.

But when Paley’s mom was out visiting and attempting to get her less-than-adventuresome-eating grandchildren to try some new dishes, he noticed something.

“When they’d resist something new on the table, my mom would start telling a story about the food – where it came from, how it got to our home, how it was prepared,” he says. “And it was like their little minds saw more than just this strange new thing in front of them. The food had a story.”

With that, he felt inspired to write the story of Rubio and Julienne. The not-so-subtle Shakespearian storyline started unintentionally, he says – the result of his subconscious pulling from readings for his master’s program in literacy and reading education at Cal State Fullerton. The dream to write children’s books, however, was a very conscious goal.

“I knew from a young age I wanted to be a writer,” he says. “I’m a quiet person but I have a lot to say and I find I can say it better in writing than in person.” He also knew early on the value of children’s literature.

Paley went to college with this plan in mind, majoring in English at West Chester University in Pennsylvania, but then switched to focus on geography and city planning.

“My dream of being a children’s author kind of went dormant while things like paychecks and bills and family became important,” he says.

As his kids grew, he found himself telling the same stories of his childhood in Philly over and over, so one day, he wrote it all down.

“It was then that I started trying to figure out publishing, and being a writer again.”

His first book, Luigi and the Barefoot Races, came out in 2015. In the days since, Paley’s love for literacy has led him to volunteer with schools and libraries where he helps children learn to read and see the value of books. In addition to pursuing his master’s in the topic, he also finds many ties with education to his work in social sciences at UCI.

“The researchers affiliated with ESSPRI study the number of different things that contribute to an individual’s ability to become self-sufficient – and childhood education is a big one,” he says. “I’m interested in how early childhood literacy contributes not just to education but also to economic mobility, as I experienced firsthand, so I really enjoy getting to promote this type of research in my role on campus.”

With his newest book now out, he hopes he’s able to open more minds to learning and literacy through a fun conversation about food choice, pairings and flavors – and more mouths to new menus by learning about the culture and meaning behind what we consume.