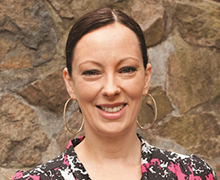 
In April 2018, the US Department of Justice authorized Immigration and Custom Enforcement officers to file immediate criminal proceedings against any person apprehended while attempting an unauthorized entry into the U.S.—regardless of their reasons for seeking entry—and their subsequent separation from any minor children that accompanied them. As I write, several thousand children between the ages of 5 and 17 are still awaiting court-mandated reunion with their families before the end of July.

Hundreds of thousands of Americans nationwide have protested the “zero tolerance” policy. Democrats, immigrants’ rights activists and religious leaders have called it inhumane, a “new low for our immigration policy,” and insisted that it does not reflect the values of our nation or the morality of its people.

I share their outrage. As a historian, however, I feel compelled to point out that the state-sponsored separation of children from their poor, non-white or immigrant parents is hardly an unprecedented act. Nor is it inconsistent with American values.

Read on, courtesy of The Critical Refugee Studies Collective.