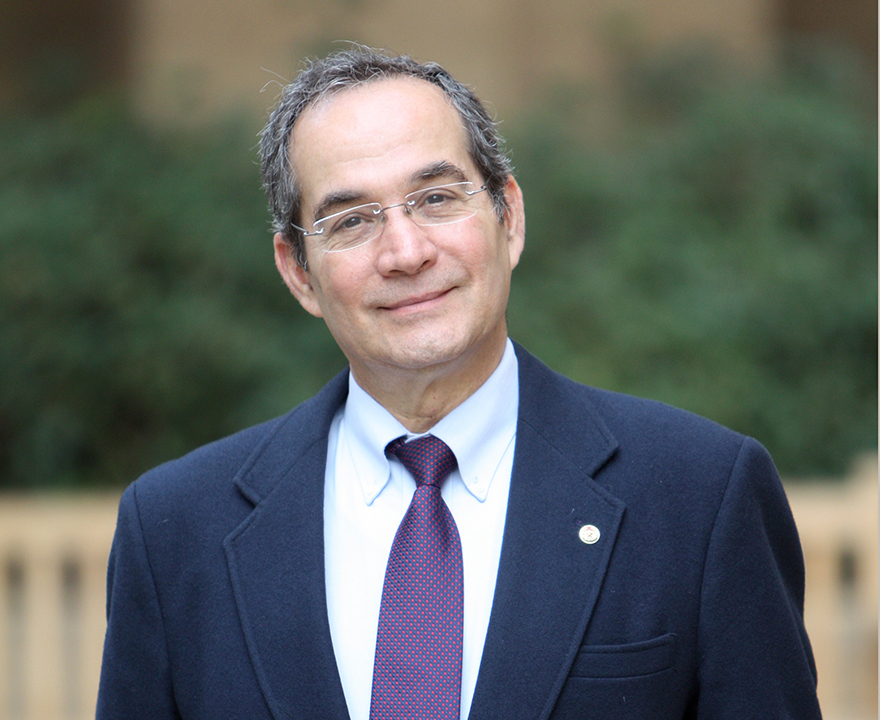 
Poverty is an incredibly complex issue. Just ask Martin Burt, former mayor of Asuncion, Paraguay, where one-third of the people live below the poverty line.

“When people think of poverty, a lot of times they immediately think income is the solution,” he says. “But poverty is multidimensional and much more complicated than a dollar figure.”

As the director of Fundacion Paraguaya, a nongovernmental organization that advances microfinance and entrepreneurship in the South American country, Burt has devoted his life’s work to eliminating poverty around the world – most notably through creation of an interactive, ground-level family assessment and analysis tool called Poverty Stoplight. And as a new UCI Visiting Distinguished Scholar, he’s spending the next five years sharing his knowledge and applied approaches with UCI students, faculty and communities.

“I think of myself more as a social entrepreneur in residence – more of a practitioner,” he says. “I love showing students the real challenges and opportunities of improving people’s lives.”

The academic appointment at UCI is with both the School of Social Ecology and the School of Social Sciences. Burt will help expose students to international issues and the possibilities in social innovation, while strengthening UCI’s presence in the world and increasing opportunities for Anteaters overseas.

“Social entrepreneurship allows you to see social and environmental problems as opportunities for ingenuity and for combining existing resources to create value,” he says.

Burt’s optimistic framework was inspired by the example set by both his grandmother and father.

“They showed me how even in poor countries there are many opportunities. Those who have an education, those who were born in the right zip code - they have a responsibility to help others,” he says. “They taught me the very profound sense that everybody has dignity.”

In 1976, Burt came to California to pursue his undergraduate degree in public administration and inter-American studies at University of the Pacific. During that time, he also met his wife, Dorothy Burt, a Central Valley farmer’s daughter. They married in 1982 and moved back to Burt’s hometown in Paraguay. Together, they founded Paraguay’s first sustainable development NGO, Fundacion Paraguaya.

Through the foundation, they launched the country’s first microfinance program, as well as the first youth entrepreneurship program. The work carried out by the foundation linked Burt closely with government programs aimed at alleviating poverty, largely via emphasis on increasing family income. But Burt started to notice a gap.

“We were focusing on ways to build the family up financially, but what the families really lacked was financial literacy,” he says.

As the foundation expanded its poverty-fighting efforts, Burt’s realization of the complexity of the challenge grew, as did his fascination with solving it.

“We were seeing these families – successful families that had overcome poverty – all had something in common, and it wasn’t income. They had this intangible attitude of willing to learn new things. They had a personal motivation and an entrepreneurial spirit,” he says. “We started to see that what we needed to do wasn’t to provide them resources, but instead unleash the resources they intrinsically had and those at their immediate disposal, and empower them with knowledge to change.”

From there, everything took off. Burt returned to the U.S. for a Ph.D. in international development at Tulane University, where he honed his statistical analysis skills for real-world application. Those skills would prove key in developing the Poverty Stoplight.

The app uses pictures to help families see what each level looks like. After completing the survey, families get a visual printout of their “dashboard” – green areas in which they are doing well, such as having running water, and red areas in which they aren’t - for example, not having clean clothes. Their personal antipoverty plan is then set up, using five priorities with goals and dates for follow ups and check ins. Families are provided direct local access to resources for improving areas from red to green.

“The more you allow families to separate different aspects of poverty into something tangible – like fixing a bathroom or developing a budget – you can work on other areas so that income can follow,” he says.

The tool has been deployed in six different languages through partnerships with social entrepreneurs, private sector businesses, governments and high schools across 25 countries including the U.S., the United Kingdom, China, and India. More than 100 companies in Paraguay are using it as a social responsibility tool for a combined 16,000 employees with the goal of enhancing worker productivity and prosperity.

The model is ripe for replication, Burt says.

“Every country is different, and different cultures value different things: for some, family is more important, while in others unemployment is more acceptable,” Burt says. “But people’s dignity and, especially, their desire to improve their family’s lot is universal.”

Burt’s public service career – which includes posts as Vice Minister of Commerce and Chief of Staff to the President of Paraguay – has helped spread that message further. He’s also held multiple academic appointments throughout the U.S., Paraguay and Africa.

While at UCI, he’s planning to partner with local organizations to deploy the stoplight tool right here in Orange County. He’s also collaborating on an online poverty course with the Blum Center for Poverty Alleviation, and he’s helping set up a UCI center in Paraguay, where students in the Global Service Scholars program can do service learning work during the summer with his foundation, which has turned to teaching youth the business skills they need to start rural businesses, get better jobs or continue their education.

“It’s amazing what you can accomplish when you stop focusing on income and start to empower people to create change,” he says.