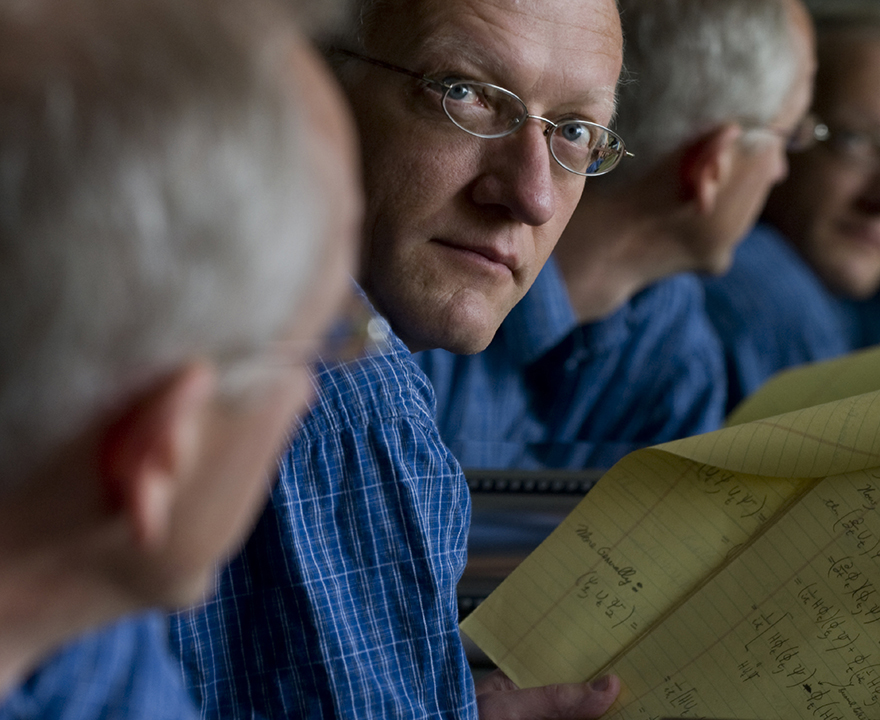 
Logic and philosophy of science professor Jeffrey Barrett has been named a UCI Chancellor’s Professor, an honorary title noting unusual academic merit and continued promise for scholarly achievement. The title is granted for a five-year renewable term.

“Jeff has certainly demonstrated unusual academic merit in several areas, most notably in the philosophy of quantum theory, where he is an expert on the philosophy and history of the ‘no-collapse’ view of Hugh Everett III, and more recently in a series of papers striking out in new directions in evolutionary game theory applied to fundamental philosophical concerns,” says LPS department chair P. Kyle Stanford.

A philosopher of science, Barrett specializes in the philosophy of physics; epistemology; game theory, decision theory, and rational choice. His current research focuses on the measurement problem in quantum mechanics.

“The measurement problem arises from the fact that the standard theory’s two dynamical laws are incompatible: one is linear and the other nonlinear,” Barrett explains. “Since they constitute contradictory descriptions of the time-evolution of physical states, they threaten to render the standard theory logically inconsistent if one is unable to specify strictly disjoint conditions for when each applies.”

His findings on these topics include more than 40 published studies in journals including Philosophy of Science, Theory and Decision, and the Journal of Experimental and Theoretical Artificial Intelligence. His work has been funded by the National Science Foundation, the University of California President’s Fellowship, and other merit- and conference-based grants.

Barrett earned his bachelor’s in physics at Brigham Young University, and his master’s, master’s of philosophy, and Ph.D. with distinction in philosophy at Columbia University. He joined the UCI philosophy faculty in 1992 after serving as a lecturer at Columbia for two years. He’s a founding member of UCI’s LPS department which was established in the School of Social Sciences in 1998. In just 20 short years, the department has earned top 10 world rankings in all fields of study it supports. Barrett served as department chair from 2009-14 and played an instrumental role in designing and launching the interdisciplinary master’s in philosophy, politics and economics. He’s also held a number of departmental, school and university service roles on executive search committees, both undergraduate and graduate programs, and on academic planning committees. For the past 10 years, he’s served as editor of Philosophy of Science, the official peer-reviewed journal of the Philosophy of Science Association.