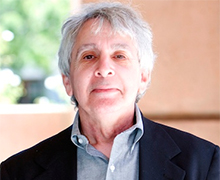 
Bernard Grofman, UCI Jack W. Peltason Chair of Democracy Studies and political science professor, is the 2017 recipient of the Charles E. Merriam Award. Presented every other year by the American Political Science Association, the honor recognizes a scholar whose published work and career represent a significant contribution to the art of government through applied social science research.

A leading authority on representation, voting rights and redistricting, Grofman has served as an expert witness in key court cases around the country including the case of Gomez v. the City of Watsonville, Calif. in which he presented evidence of racial polarization within the city’s at-large voting system. Without representative districts, he testified, the at-large system cancelled out the Hispanic vote, violating their rights – and those of all citizens – as set forth in the Voting Rights Act of 1965. The case served as a trigger for similar lawsuits across the country.

He has also testified on behalf of African American and Asian American voting rights and worked as a non-partisan consultant for both major political parties on matters of redistricting.

Grofman’s current research focuses on how the United States compares with other major democracies in terms of institutions, values and public policies.

A member of the UCI faculty since 1976, Grofman has published more than 250 research articles and book chapters on topics in his areas of expertise. He’s co-authored four books and edited/coedited 20 more. He’s been a visiting scholar in residence at universities in 10 different countries throughout the world. He has served as chair of the American Political Science Association’s Section on Representation and Electoral Systems, president of the Public Choice Society, and on the editorial boards of Public Choice, Electoral Studies and the Election Law Journal.

In 2001, Grofman was elected a fellow of the American Academy of Arts & Sciences. In 2005, he was recognized by his UCI colleagues with the Academic Senate Distinguished Faculty Award for Research for his contributions to political science.  He received an honorary doctorate in political science from the University of Copenhagen (Denmark) in 2010. This year, he’s serving as a short term scholar-in-residence at the University of Luneburg (Germany) and the Juan March Institute, Juan Carlos III University (Madrid, Spain).

Grofman will receive the Merriam Award at the APSA annual meeting this weekend in San Francisco. His official citation, authored by the award committee, is as follows:

Professor Grofman is an Americanist, a rational choice scholar—a past president of the Public Choice Society—a prolific author of innovative research, and, most importantly for our purposes, a specialist on electoral redistricting whose work has been cited in nearly a dozen U.S. Supreme Court cases.  Grofman is author or co-author of dozens of books and hundreds of scholarly articles. His scholarship has been influential not only among his colleagues, however, but also, and for decades, in the broader public interest. His work has been cited by the US Supreme Court, as in the 1986 case, Thornburg v. Gingles, which noted his research on racial voting patterns, and deployed in several federal court amici briefs on partisan bias in post-2000 census redistricting. In 2015, he was appointed a special master to redraw Virginia’s congressional districts Virginia after the previous districts were deemed unconstitutionally gerrymandered.  He has testified on behalf of States and private parties, including the NAACP, and in favor of both Democratic and Republican plans.

Grofman has consistently applied his scholarly not only to improving the methods and findings of his research fields but to ensuring the institutional integrity and procedural fairness of American democracy.   As he as recently put it, his work is intended to provide clear and judicially manageable statistical underpinnings [for] specifying necessary and sufficient conditions for a plan to be an unconstitutional partisan gerrymander… Stopping egregious gerrymandering is not a partisan issue... Regardless of which political party gains, the loser is U.S. democracy.

Charles Merriam was noted both for his commitment to innovative political and social science scholarship and for his devotion to American democracy.  As one who applies his rigorous scholarship for public benefit, Bernard Grofman is a most fitting recipient of the Merriam Award.