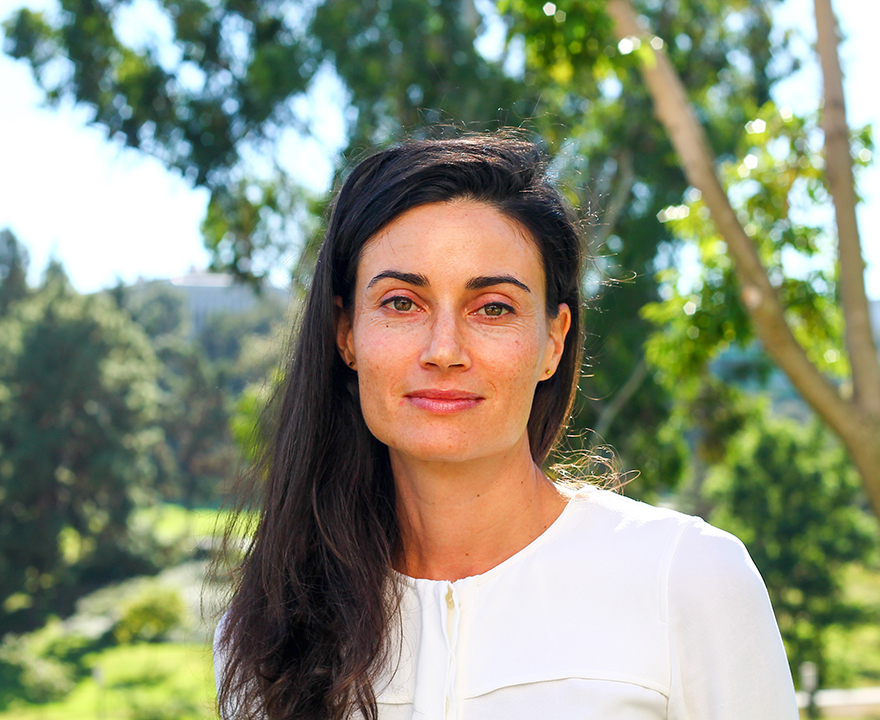 Lauren Ross, UCI logic & philosophy of science assistant professor, studies causal reasoning and explanation in science, with a focus on biology and the biomedical sciences. Her work examines how scientists navigate and manage complexity in their efforts to identify causal relationships and explain phenomena in the world. These topics merge her academic background and interests in both philosophy and medicine.

Ross received her Ph.D. in history and philosophy of science and her master’s in bioethics from the University of Pittsburgh. She also earned her M.D. from UC Irvine and her bachelor’s in nutrition science from California Polytechnic State University, San Luis Obispo. She joined the faculty in the fall of 2017 following a one-year postdoctoral fellowship in the Department of Philosophy at the University of Calgary.

Her research – which has been published in Philosophy of Science, Minnesota Studies in Philosophy of Science, and the Journal of Organic Chemistry—clarifies different explanatory patterns found in sciences, what exactly it is that makes them explanatory, the principles, method and reasoning that they involve, and why these patterns are found in some contexts while not in others. The work clarifies the techniques and strategies that scientists use when they successfully understand and explain phenomena in the world. She’s presented invited talks at Stanford University, the University of Utah, the American Society of Microbiology, and the International Advanced Seminar in the Philosophy of Medicine in Paris.

Ross’s decision to return to UCI was largely influenced by the faculty and research associated with the logic and philosophy of science department—the strength of expertise, reputation of the department, and quality of work produced by faculty. Her interests align with the department’s focus on naturalistic philosophy, which takes science and scientific reasoning very seriously. She’s also excited about the large philosophical community at UCI given that the campus has more than 25 philosophers spread across the Department of Logic & Philosophy of Science and Department of Philosophy. And, of course, her experience as a medical student at UCI gave her an insider’s view of the campus, colleagues and administration—she’s glad to be working at a place she admires.