A sobering look at Aleppo 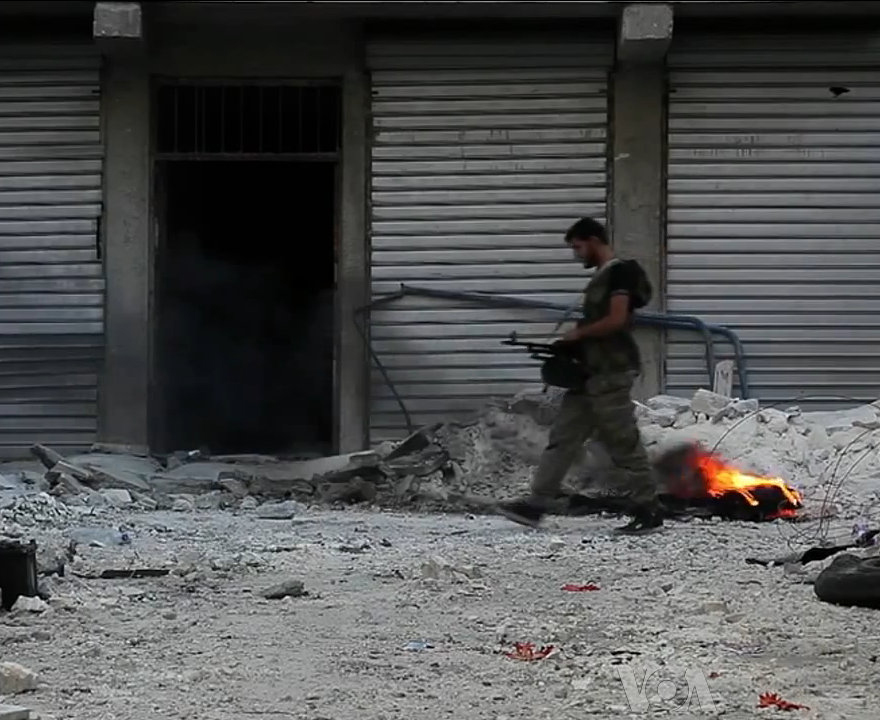 A sobering look at Aleppo

The war-torn city of Aleppo has been the site of air strikes, bombings, gunfire, and more since war broke out in Syria in 2011. The International Business Times reports that nearly 500 civilians have been killed in the city in the last month alone—including more than 60 children. Citizens still in the city have been posting videos to social media calling for help. There have been photos of children buried under rubble after a building’s collapse. There have been videos of fathers sobbing over the lifeless bodies of their sons and daughters and reports of families being forced to flee their homes. So, how did it come to this?

Wolf, who received his PhD in political science from UCI in 2014 and now serves as a legislative assistant for foreign affairs in the U.S. House of Representatives, was recently interviewed by Israel’s i24 News to discuss just that.

In the clip [which can be seen below] Wolf discusses his opinions on the recent advances made by the Assad regime in Aleppo, explaining how we got to this point and where we might be going. Unfortunately, his outlook is bleak.

According to Wolf, though the Assad regime has pulled ahead of the rebel fighters in Aleppo, this is not the total victory that the leader was looking for as—just on Tuesday—ISIS rebels took the city of Palmyra. And though at press-time Syria had declared ceasefire in Aleppo allowing civilians time to evacuate, Wolf doesn’t believe it will last.

“Despite the promises and the ceasefire, it doesn’t look like Syria is going to let up on any civilian,” he says. “And I think that’s the reason for their victory in Aleppo. The regime is just going to lay siege to that city. Probably in part to teach other cities a lesson.”

Unfortunately no one can predict how this will end. But Wolf can say with some confidence that the Syria that comes out of this civil war will not be the Syria that went in to it.

“One thing I do believe will happen with some probability is that we’re not going to return to the status quo,” he says. “We’re not going to see Syria return to what it was pre-2011 and we’re not going to see a centralized Syria. In my view—and this is a guess—we could see a very decentralized state where we have a Kurdish north, we have an Assad regime in the west and various rebel groups throughout the southwest and maybe a Sunni no-mans land. I think, best-case scenario, we come to a negotiated settlement where we could have the type of truce like we’ve seen in Lebanon where we say no victor, no vanquished. Even though there are a lot of critics, it seems to have worked fairly well given the constraints in Lebanon.”

But Wolf reminds us that there is another, much more sinister, possibility.

“Another thing to bear in mind is—and this is just bad news—it’s not uncommon for civil wars to end with a genocide.”

In terms of U.S. involvement, President-elect Trump has been adamant that defeating ISIS will be a top priority for the incoming administration, and Wolf believe that will be the case. However, the humanitarian crisis—the UN estimates that approximately 400,000 people have died since the war started in 2011—is another story.

“There have been several terrible humanitarian crises in recent years—Rawanda, Bosnia, you name it. And they pale in comparison to what’s happening right now,” Wolf says. “If people want to get involved one thing they can do is help with the Red Cross or the Red Crescent. But there isn’t a simple easy answer for resolving this. The longer that this goes on the harder its going to be to stop it and its up to individual governments to step up and stop this.”

Wolf’s interview can be seen by clicking the link below. His segment begins at 5:48.