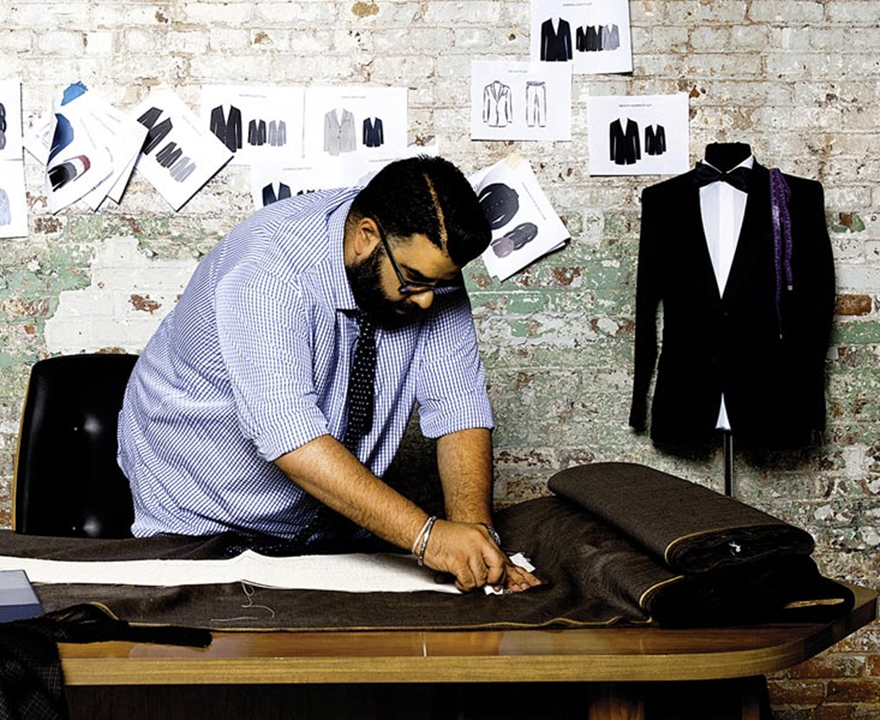 
He came to UCI against his will. Vishaal Melwani’s mom thought he was hanging out with “the wrong crowd,” so she packed him off to Orange County from the family home in Las Vegas.

It proved to be a turning point, helping transform Melwani from a third-generation tailor who had been sewing since age 7 into an up-and-coming men’s clothing magnate whose online company – Combatant Gentlemen – has been featured in Forbes, TechCrunch and other media outlets. Aimed at millennials, the firm is primarily known for its smartphone sizing app and $160 suits (originally made with fabric derived from company-owned sheep in Italy and cotton fields in India). The clothier recently expanded its product line to include shoes, shirts, belts, ties and wedding gear. It also started opening brick-and-mortar stores – outfitted with bars and barbers – including a shop at Combatant’s Irvine headquarters.