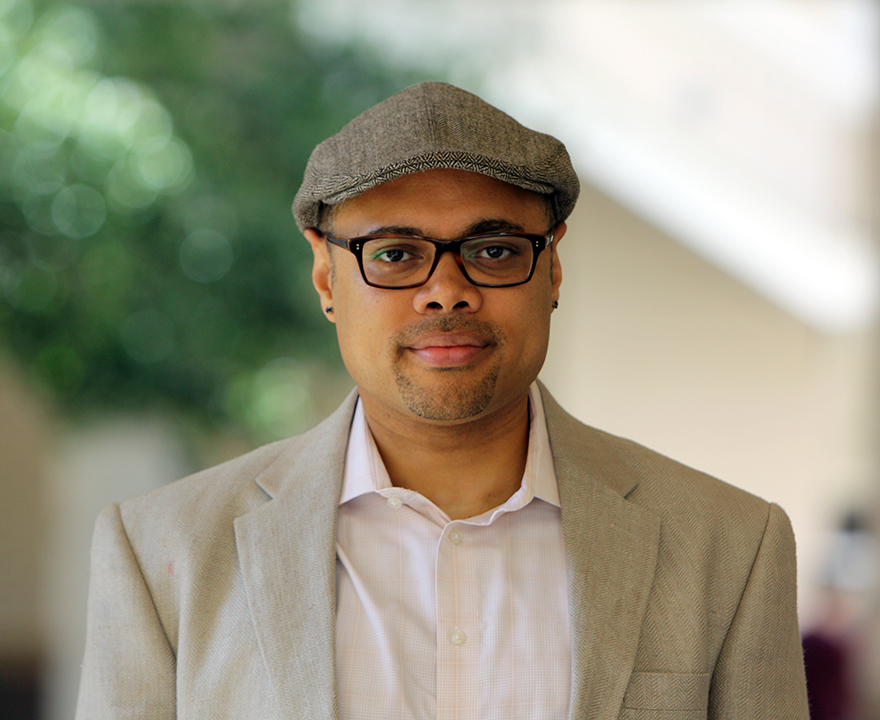 
In the wake of the 1965 Watts Rebellion, a key partnership was formed between the Los Angeles Unified School District and the city’s police department that allowed police officers to begin teaching classes at the city’s predominately Black high school campuses. That move, says UCI anthropologist Damien Sojoyner, created an atmosphere of “enclosure” of Black education in California long before the expansion of the state’s prisons.

“Bringing police officers into the classroom in the late 60s and early 70s paved the way for what we see now as a very pronounced police presence in schools across the nation,” he says. “Rather than funneling students into prison, the school-to-prison pipeline argument fails to address this key point - the manner in which public education has informed the development of prisons in California.”

In his new book First Strike: Educational Enclosures in Black Los Angeles, Sojoyner details the role police presence in schools has had on the incarceration of Black youth in particular, and it’s told through an interesting lens. Sojoyner comes from a family of educators; his grandfather and great aunts were teachers in Houston, Texas, and passed the tradition on to his mother who also was a teacher. They came west to Los Angeles in pursuit of a better life, like many Southern Black families from the 1940s into the late 60s. Sojoyner grew up in southern California, living in Carson and attending public schools in Long Beach. He found himself constantly questioning the need for all of the gates and security measures that were so prevalent and how these were somehow connected to the number of Black students. But most recently, he spent the better part of a year working as a roving substitute teacher in a Los Angeles County high school. The job was part of his Ph.D. fieldwork, which allowed him an insider’s view of the city’s education system in action.

“The first thing you’ll notice when you head to a school with a sizable Black population in LA today is the security,” he says of the experience. “At some point, you’ll find yourself asking, ‘Am I at a school or a prison?’”

Barbed wire fences, armed guards at entries and metal detectors have become the norm, a result not from a spike in school violence, says Sojoyner, but from the police presence that took shape in the mid-60s. Cops in classrooms ramped up in the 80s when LA piloted the Drug Abuse Resistance Education (DARE) program that would later go national in its implementation. Despite evidence that DARE and a constant police presence actually increased teen drug use and rebellion, the argument for more police persisted, he says.

An unfortunate offshoot that would come from this new policy of policing in schools was the false picture of unsafe or violent communities. This has had real consequences in terms of jobs; companies used the rhetoric of finding “safe communities” to move to sites of low wage and non-unionized labor, usually out of the country. Over the last 40 years, tens of thousands of jobs have been lost with large LA-based plant closures of Goodyear, Firestone and others, he says, due in some part to this false pretense.

The 90s saw the first police substation built on a high school campus – another trend that has played out across large schools in the U.S. – along with mass lockdowns and heightened security measures.

“These are technologies of control that we commonly think of in prisons, but they’re actually in schools,” he says. “So what’s happened is that the public education system in California, with the arrival of Black southerners, quickly morphed into a site of enclosure and containment of Black youth.”

Gone now are classes like art, music and dance - courses which have historical significance in Black culture dating back to pre-slavery West Africa. These mechanisms were similarly banned on plantations when it was discovered they were being used to communicate covertly, he says. Sojoyner explains these underpinnings in a chapter devoted to the roots of Black culture in America and the Reconstruction-era beginning of today’s educational system.

“With the steady removal of these elements, Black culture has been completely stripped from California’s curriculum,” he says. “These courses have been replaced by standardized test prep classes that train students to pass tests, and regurgitate information rather than learn how to think and importantly, encourage the questioning of information they are given. Standardized testing has become the curriculum guide; schools that don’t perform lose funding and can be taken over by the federal government. This has placed a lot of pressure on schools and students to perform, so those who don’t are relegated to these ‘containment courses.’”

“This isn’t learning,” he adds.

Students who spend their time in these courses are not taking necessary core college prep classes that qualify them for education beyond high school.

He notes that at the high school where he subbed, statistics show there were years where not one Black male student qualified to apply to any state college or university; all school time was being spent in these “enclosed” courses to help the school improve its overall performance.

“So you have these kids who are basically just being held in school, who come from a home life that may be stressed due to parental job loss brought on by the closure of companies in their communities – it makes sense that there would be outbursts from students, challenges to authority. But rather than provide more counseling services, they’re engulfed in this apparatus involving the police,” he says.

Taken all together - failed educational, social and economic policy, the creation of a police state, and the construction of schools that warehouse students – it’s not hard to see where this may lead, says Sojoyner.

So what’s the answer?

His book offers some bold ideas that require mass overhauls to both prison and educational policy.

“Since public education and prison work in tandem to create enclosures, a solution needs to involve a new look at both. Are prisons really necessary?  Why is education driven nationally rather than at a community-needs level? Real solutions need to completely relook at how all of this is structured,” he says.

Read more about it all in First Strike, hitting shelves next week.