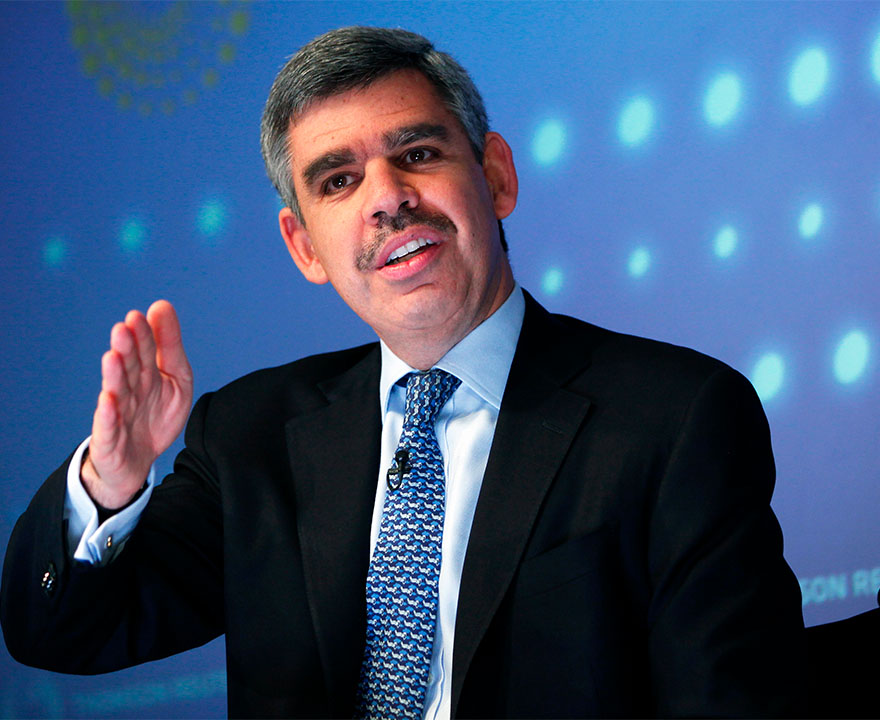 The author of the newly released The Only Game in Town: Central Banks, Instability, and Avoiding the Next Collapse, El-Erian is a frequent commentator on the post-2008 financial crisis, the sovereign debt and Eurozone crisis, and political upheavals in the Middle East. His conversation with Bill Maurer, social sciences dean and Institute for Money, Technology & Financial Inclusion director, and Julia Elyachar, anthropology and economics associate professor and Center for Global Peace & Conflict Studies director, offered insight on the roles politics, policies and markets must play in turning around the global economy.

El-Erian holds a master's degree and doctorate in economics from Oxford University and received his undergraduate degree from Cambridge University. A former member of the Harvard Business School faculty and CEO of Harvard Management Company, which manages Harvard's endowment, El-Erian has served as managing director at Salomon Smith Barney/Citigroup in London and spent 15 years working with the International Monetary Fund in Washington, D.C. A noted commentator and author, he writes regularly for Bloomberg, The Huffington Post, Financial Times, The Economist, The Wall Street Journal and other leading international publications. His previous book, When Markets Collide, was a New York Times and Wall Street Journal bestseller and the Financial Times/Goldman Sachs 2008 Business Book of the Year. It was named a book of the year by The Economist and one of the best business books of all time by The Independent (UK). El-Erian is a leading thinker and commentator on the post-2008 financial crisis, the sovereign debt and Euro zone crisis, and the political transformations underway in the Middle East.