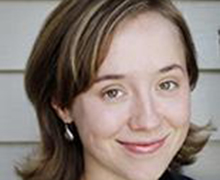 “It’s an important topic,” O’Connor says. “Because these issues can be hard to fully investigate empirically, I use mathematical models to try and understand impacts and causes of underrepresentation in science.”

Using evolutionary game theory, O’Connor will work to understand the effects of improved diversity on knowledge creation and how improved access to the workforce for women and minorities could impact society.