Give us snow: For some charities, a green Christmas makes it harder to raise money 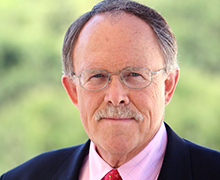 Give us snow: For some charities, a green Christmas makes it harder to raise money


From The Ottawa Citizen:
Ottawa’s remarkably snowless December may be good news for people who hate to shovel, but charities are holding out hope for a dusting of snow to prompt donors to dig deep… David A. Snow, a sociology professor at the University of California, Irvine, believes that sympathy for needy people is linked to cultural events, like holidays. “I don’t think it’s the weather. I think it’s cultural traditions that trigger it.” Snow and his colleagues have studied the correlation between media focus on homelessness and the public’s sympathy. They found that in the U.S. the attention started around American Thanksgiving in November, and lasted through December. In the United Kingdom, media attention started later. In both cases, it declined after the holidays, even though the weather was colder and there was greater need.