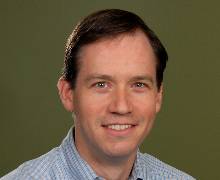 
On Dec 16, the U.S. Federal Reserve raised interest rates for the first time in nine years. For insight on the hike and what it means for homeowners and general consumers, we turned to U.S. monetary policy expert and economics professor Eric Swanson.

Why raise the rate?
The economy is a lot stronger than it was a few years ago.  The unemployment rate is 5%, and all measures of unemployment have been trending down steadily (albeit slowly) for several years.  As the economy returns back to normal, the Fed is looking toward bringing interest rates back to normal as well.  The interest rate increase yesterday was the first step along that path.

What led to the Fed’s decision to increase the interest rate?
Primarily the steady improvement in the U.S. labor market.

What impact will this have on homeowners, others?
The Fed’s decision about the short-term federal funds rate has very little direct effect on long-term interest rates, like the 30-year fixed mortgage rate.  (Very long-term interest rates are determined primarily by long-term inflation expectations and the economy’s expected long-term growth rate.)  For example, the benchmark 10-year U.S. Treasury yield actually *fell* slightly yesterday after the Fed’s announcement—even though the Fed raised the federal funds rate—and 30-year fixed-rate mortgages tend to follow the 10-year U.S. Treasury yield very closely.  So the effect of the Fed’s actions on homeowners should be minimal.

Of course, people who are on floating-interest-rate mortgages will see their rates go up along with the Fed’s actions, albeit from extremely low levels currently.

What could future increases look like – incrementally small like this hike or could we start seeing some bigger jumps?
The chance of a big jump is almost zero.  The Fed is very likely to take a few more small steps (like the current one) next year.  Forecasts released yesterday by the Federal Open Market Committee (FOMC) – the branch of the Federal Reserve that determines the direction of monetary policy – suggest there will be about four more interest rate increases next year, probably taking place at every other FOMC meeting.

At what point could we expect rates to hold steady?
The FOMC sees the federal funds rate leveling off at about 3.5 percent, which is a reasonable estimate.  According to the FOMC’s forecast, we won’t reach that level until about 2019.

If I’m thinking of buying a house right now, do you advise jumping in now vs waiting 6 months down the road?
As I mentioned above, the 30-year fixed mortgage rate could go down as well as up over the next 6 months, so you shouldn’t change your homebuying plans based on what the Fed is doing to very short-term interest rates.

Any final thoughts about the Fed’s decision?
Bear in mind that the federal funds rate today is still lower than at any time in the 1940s, 1950s, 1960s, 1970s, 1980s, 1990s, and 2000s up through December 2008.  Meanwhile, the U.S. economy is looking pretty normal these days, even starting to look pretty good in many respects.  The Fed has to start raising interest rates to bring monetary policy into alignment with the broader economy.