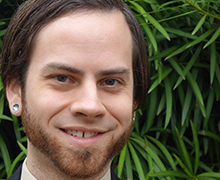 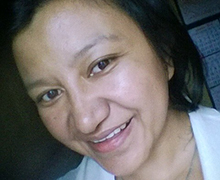 The Dr. Dard Magnus Rossell Memorial Award for Merit for Graduate Research in Anthropology is granted annually to anthropology students who are attending graduate school as a parent or come from a non-traditional educational background. This year’s committee found two students worthy of the award, Nima Yolmo and second-time honoree Joshua Clark.

Yolmo (right), who moved to Irvine from Darjeeling, India to continue her graduate studies, had put graduate school on hold in 2005 to take care of ailing family members. Despite the hardships, she was able to complete her M. Phil in 2009 and later received the Fulbright-Nehru Doctoral Fellowship that brought her to visit Irvine in 2013. During that trip she applied to UCI’s graduate program in anthropology. The decision to leave her family in India was difficult, but since coming to UCI, Yolmo has been able to support them financially while also paying school tuition for two young girls in Darjeeling and maintaining a 4.0 GPA. The funds from the Rossell Memorial Award will help her continue to support her family and the education of the girls from her village while she continues her research on the relations between money technologies, security mobilization and surveillance in conflict zones.

Clark (top) also plans to use the funds to support his family, specifically his two-year-old daughter. As a father, Clark has found that many of the sacrifices that were easy to make as a student without children—such as living on a shoestring budget—are impossible or impractical now that he has a child to support. And while his study on the re-conceptualization of race discrimination in international law requires hours of research on its own, becoming a viable candidate in today’s academic job market also demands traveling to present findings and participating in other professional activities that often require out of pocket expenses like daycare. The funds from this award will help cover those costs so that Clark can focus on his studies.

In addition to their personal circumstances, Yolmo and Clark’s devotion to their education make them very deserving recipients. They will each be awarded $1,000 from an anonymous donor.