Religion and humanitarianism in Africa 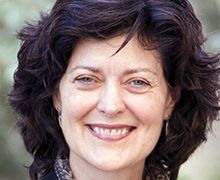 Religion and humanitarianism in Africa


The University of California, Irvine has received a $450,000 grant from the Henry Luce Foundation's Initiative on Religion and International Affairs for a three-year project on connections between religion and humanitarianism in Africa. The project is headed by Cecelia Lynch, political science professor and Institute for International, Global and Regional Studies director.

“These connections remain insufficiently understood in many important respects, negatively affecting perceptions about religion and policies regarding humanitarianism on the continent,” Lynch says.

Through further research and knowledge sharing, she hopes to spark more informed debate among those who provide aid and lasting egalitarian humanitarian relationships among donors, NGOs and aid recipients.

Her main vehicle for accomplishing these goals will be the Critical Investigations into Humanitarianism in Africa Blog, which she co-founded in 2009 and now co-edits. In 2012, the Luce Foundation funded a series of workshops and activities that helped expand the blog’s reach through new relationships with African universities and connections throughout the world. During that time, the blog’s distribution list more than doubled and social media hits on key topics reached over the 10,000 mark. The blog currently has co-editors at the University of Ghana and University of KwaZulu-Natal.

New funding will support graduate students at UCI and at universities in Africa, as well as a series of conferences on topics including the foundation of contemporary faith-based and secular humanitarianism in the Nigerian civil war; religion, health and healing; and religion and governance. A marketing intern will also be brought on board to help drive up web traffic and gain further exposure for the blog which Lynch will continue to co-edit.

Funding for the project began in January and will run through December 2017.