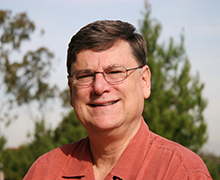 
From the Daily Titan:
Twenty-five years ago, people all over the world watched as German citizens from the east and the west sides of the Berlin Wall chiseled away at the barrier, which had divided them for nearly 30 years…Russell Dalton, a political science professor at UCI who has written extensively on German politics, reiterated Royce’s assertion that Cold War politics still affects politics today. After reunification, former East Germans were frustrated and disappointed with their new democratic government, Dalton explained. Those east of the wall had been idealistic, expecting an open and honest government and were surprised by the West German sense of cynicism, Dalton said. Today, 80 percent of Germans who live in the east still believe socialist ideals. This is sometimes reflected in European Union social policies, Dalton said.