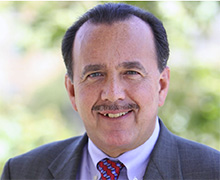 
From the LA Times:
"This is a guy that was just loaded with interesting ideas," said Mark Petracca, associate professor of political science at UC Irvine. Much more than a mainstay, Petracca said Agran "has been the – not one of – the most consequential political figure in the political development of the city.… The city's entire progressive character, which is shared by Democrats and Republicans alike, is largely attributed to Agran."