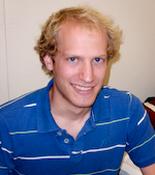 LPS graduate student Bennett McNulty will give a paper entitled "Rehabilitating the Regulative Use of Reason: Kant on Empirical and Chemical Laws" at the 2014 Pacific Division Meeting of the American Philosophical Association.  The paper discusses a question concerning scientific laws in Immanuel Kant's philosophy.  Kant argued in The Critique of Pure Reason that empirical laws of natural science have a certain necessity.  But it is not clear within Kant's philosophy how laws in fields other than physics can be necessary in the required sense.  McNulty argues that the answer lies in the role that reason plays in unifying and regulating results of experiments.  The conference will be held April 16-20, 2014 in San Diego.