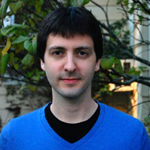 Jon Sprouse, cognitive sciences assistant professor, has been named the 2013 recipient of the Early Career Award from the Linguistic Society of America. The honor, established in 2010, recognizes Sprouse for his outstanding contributions to the field through his research on experimental approaches to syntactic theory. He also received LSA’s award for best paper in 2012.

Sprouse arrived at UC Irvine in 2007 after completing his Ph.D. in linguistics at the University of Maryland, College Park. He has published more than a dozen journal articles, six book chapters and co-edited one book on experimental syntax and island effects. His work with Lisa Pearl which combines experimental and computational approaches to language acquisition is currently funded by the National Science Foundation.

Sprouse will be presented the award at LSA’s annual meeting in Boston at a special ceremony Saturday, January 5, 2013.  The professional society is the largest group in the U.S. dedicated to advancing the scientific study of language.