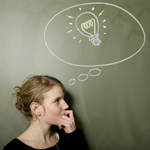 From the BBC:
The upcoming release of the James Bond movie Skyfall, combined with the 50th anniversary of the franchise, has sent fans of the suave spy into overdrive. Speculation about the plot and who will sing the theme tune (Adele),  has been joined by stories that pick apart everything from his ingenious - but scientifically dubious - gadgets to the ins and outs of his sex life. But now, James Bond fans and wannabe spies alike may have the ultimate outlet for their spy ambitions. Research firm Applied Research Associates, has just launched a website that invites the public—meaning anyone, anywhere—to sign up and try their hand at intelligence forecasting. [Study is co-led by UCI cognitive scientists].