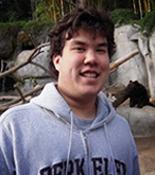 Justin Bruner, LPS graduate student, will deliver a talk entitled "Diversity, Tolerance and the Social Contract" at the conference Formal Ethics 2012, hosted by the Munich Center for Mathematical Philosophy at Ludwig Maximilian University of Munich. Bruner's paper explores the roles of diversity and tolerance in the evolution of cooperation and the social contract. Extending work by LPS faculty member Brian Skyrms and recent LPS alumnus Kevin Zollman, who showed that some simple social mechanisms may encourage idealized actors to cooperate with one another, Bruner uses computer simulations and methods from evolutionary game theory to argue that diversity in a population may make cooperation less likely. Meanwhile, intolerance can make cooperation evolve more easily, at least in some cases. Bruner uses the framework he develops to explore why persistent racism may thrive in some communities. The conference will be held from October 11 to 13. LPS faculty member Simon Huttegger will be a keynote speaker.