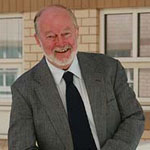 
BBC News:
Uninformed individuals are vital for achieving a democratic consensus, according to a study in the journal Science. The researchers say that they dilute the influence of minority factions who would otherwise dominate everyone else.... The findings challenge the commonly held idea that an outspoken minority can manipulate uncommitted voters.... Donald Saari, a professor of mathematics and economics at the University of California, Irvine who studies voting systems, said he saw parallels to the work in markets and politics. He said the arc from minority domination to pluralism to the potential degeneration into "noise," could be seen in the US electoral system.