Camps are cleared, but '99 percent' still occupies the lexicon 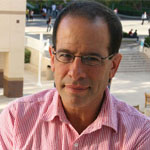 Camps are cleared, but '99 percent' still occupies the lexicon


From the NYT:
The idea behind the 99 percent catchphrase has its roots in a decade's worth of reporting about the income gap between the richest Americans and the rest, and more directly in May in a Vanity Fair column by the liberal economist Joseph E. Stiglitz titled "Of the 1 percent, by the 1 percent, for the 1 percent." The slogan that resulted in September identified both a target, the "one percent," and a theoretical constituency, everyone else. Rhetorically, "it was really clever," said David S. Meyer, a University of California, Irvine, professor who studies social movements. "Deciding whom to blame is a key task of all politics," he wrote in his blog about the phrase. "It's something that kind of puts your opponents on the defensive," he said in an interview.