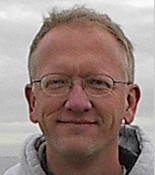 
From Aviation Week:
Nearly 150 years ago, when industrialists were finding new ways to harness steam power, visionary Jules Verne wrote a novel in which he described men journeying to the Moon in a capsule after taking off from a launch site not far from Cape Canaveral... Jules Verne was no clairvoyant. But he did have a passion for talking with inventors and scientists of the day... The guest authors represent some of the sharpest scientific minds in industry, government and academia: Craig Blue and Leo Christodoulou on materials and manufacturing; Nan Mattai on photonics; Pete Rustan on rising above the fear of failure and quantum technologies; Charles Elachi on space exploration; John Brandenburg on using the fabric of space-time for propulsion; Sergey Leonov on plasma aerodynamics; Jeffrey Barrett on quantum mechanics; Joseph Zawodny on low-energy nuclear-reaction; Lora Weiss on unmanned air vehicles; David Sing on extrasolar planetary research; Marc Millis on human space travel; David Crouse on nano-engineered metamaterials; Tim Mahoney on precise navigation and positioning; and Mark Lewis on hypersonics.