Whispers of return to drachma grow louder in Greek crisis 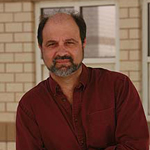 Whispers of return to drachma grow louder in Greek crisis


From the NYT:
In a recent paper, Stergios Skaperdas, a Greek economist at the University of California, Irvine, argued that a cheaper drachma would stem imports, bolster exports and, crucially, give Greece the flexibility to control its own monetary policy and ease the effects of fiscal retrenchment. Mr. Skaperdas conceded that getting this view across remained a difficult one as many Greeks found it troubling to accept that their euro dream might be over. "For most Greeks, including economists, adopting the euro was like marrying a dream spouse - beautiful, intelligent, caring, even rich," he said. "And then, rather suddenly, the marriage turned into a nightmare." A euro divorce would carry substantial costs, most profoundly an immediate run on Greek banks. That is why mainstream Greek economists insist that there will be no such outcome.