Clothes make the man and his race, study shows 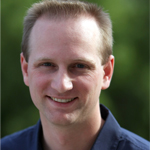 Clothes make the man and his race, study shows


If Mark Twain was right, and clothes really do make the man, do they also make his race? According to new research from UCI sociologist Andrew Penner, it would appear so.

In a study published online Sept. 26 in PLoS ONE, Penner and co-authors report that a person - male or female - clothed in business attire is more likely to be seen as White whereas that same person, dressed as a janitor, is more likely to be perceived as Black. This pattern grew more pronounced as faces became more racially ambiguous.

Findings are based on participants’ racial categorizations of digitally-rendered photos of people wearing either business suits or janitorial uniforms. Using a new computer hand-tracking technique, the researchers were able to record mouse movement as well as actual responses, revealing that even in instances when a person dressed as a janitor was ultimately classified as White, mouse movement gravitated more toward a Black categorization. The opposite was true of an image of the same person dressed in a suit; participant mouse movement veered toward White before a categorization of Black was eventually chosen.


“This research helps us understand fundamental questions about how people use status cues to make decisions about the race of those around them,” says Penner. “We knew in the abstract that social status affected how people were racially classified, but here we show concretely how status cues are transmitted, which is important for understanding the role that stereotypes play in issues like discrimination.”