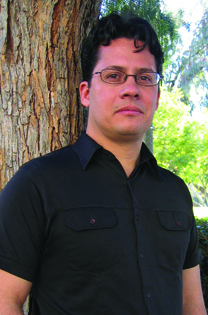 Parents who move to the United States without legal status generally seek better opportunities for their young children. Their kids grow up Americanized: speaking English, attending public school, going to the prom and dreaming about what they want to do when they grow up.

Many assume these youths will achieve more than their parents. But a survey of life trajectories of undocumented young adults raised and educated in America shows that they end up with the same labor jobs as their parents, working in construction, restaurants, cleaning and childcare services.

The results appear in the August issue of American Sociological Review.

“This is a population of young people who, because of their legal integration through the school system, learned to work hard and pursue the American dream,” says Roberto G. Gonzales, author of the survey.  “Many of them grew up believing that being able to speak English and having an education should be able to get them more than their parents,” he says.

Gonzales is an assistant professor at the University of Chicago’s School of Social Service Administration and a graduate of UCI's doctoral program in sociology. He carried out the study while at UCI and the University of Washington. He conducted life history interviews with 150 mostly Mexican-origin undocumented young adults – about equal numbers of men and women – who had been brought to the U.S. before age 12. The respondents lived in the Los Angeles metropolitan area and were 20 to 34 years old.

His findings could illuminate how current immigration laws don’t adequately accommodate the ever-increasing number – now at 2.1 million – of children and young adults who are brought to the U.S. as children and left to figure out how to navigate their adult lives without legal status.

“Through the U.S. public school system, undocumented children are integrated into the legal framework of this country,” Gonzales says. “But as they reach adulthood, they are cut off from the means through which to live the lives for which school prepared them.”

Gonzales wanted to learn how undocumented youths learn of their immigration status and how they come to cope with its effects on their identity, friendships, career aspirations and daily lives.

Most of the people surveyed told Gonzales that they first felt the effects of their non-legal status between the ages of 16-18, usually when they sought part-time jobs, driver’s licenses or admission to college, which require a social security number.

Many respondents told Gonzales that they felt confused, angry, frustrated, scared and stigmatized when they learned of their immigration status. Their social habits changed out of fear of who to trust. Career plans halted. Arrest and deportation became constant threats for many, Gonzales said.

Returning to their native country was not a viable option for most of the respondents, because they lacked important social and professional connections, job options, Spanish fluency and familiarity with the culture and customs of their birth country.

Miguel, one of the respondents, had intended to go to college and then law school. When his mother told him in high school that he wasn’t legal, he said: “I didn’t know what to do. I couldn’t see my future anymore.”

Cory, age 22, blamed her parents for not telling her sooner about her non-legal status. “I feel like a kid, I can’t do anything adults do,” she said. Most respondents expressed similar sentiments of developmental limbo.

Roughtly half of Gonzales' sample decided to go to college as a way to stay legally protected by the school system and to try to improve their career options. Relationships with teachers, friends and family were key to whether the respondents attended college, Gonzales found.

But college experience didn’t help the respondents broaden their job options. Once they left school, they faced the same narrow range of jobs as their parents and high school peers who did not go to college. None of the 22 respondents who had graduated from four-year universities, or the nine who held graduate degrees, was able to legally pursue their chosen careers.

Gabriel, a 28-year-old who attended some community college classes, told Gonzales that he sees work as just one piece of his life and that he gets more satisfaction out of his relationship with his girlfriend and being in a dance circle. “I just get sick of being controlled by the lack of nine digits,” he said.

“His aspirations flattened, he accepted his fate,” Gonzales says of Gabriel. “Is that why we educate our youngsters? Is that the future we want for them?”

Gonzales says that educators and policymakers have important roles to play in helping undocumented youth transition into adulthood. “The problems facing undocumented children and young adults underscore the need for a more diverse approach to immigration policy,” he says.

The study was funded by U.S. Department of Health and Human Services.

-from Molly McElroy, University of Washington