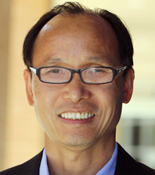 July 1 marked the 90th anniversary of the founding of the Chinese Communist Party, an occasion which China celebrated with Mao-inspired pageantry as major cities staged musicals and rallies attended by thousands dressed in red. Amidst the fanfare, UCI sociologist Yang Su sees more than the seemingly joyful celebrations.  He cautions that such commemoration glorifies the Chinese Communist Party history and glosses over its “hellish reality of violence.”  He is the author of Collective Killing in Rural China during the Cultural Revolution, a sobering reminder of the bloodshed that enveloped the country more than four decades ago under the rule of the communist country's first leader, Mao Zedong.  Drawing upon local archives, personal interviews and witness accounts, the book provides detailed reports on extreme violence which pitted neighbors against one another as categorical executions of “class enemies” were carried out.  Since its release in February, the book has received strong reviews in international publications. Below, the associate professor discusses the dark side of the Chinese celebration through stories he discovered during his research.

Q: Why do you find the return of Maoist pageantries disconcerting?

A: They represent a type of politics that is more than celebration.  Strict on who is eligible to participate in what, these rituals serve as a mechanism sorting the population into a hierarchy of political redness.  At the bottom are the “enemies” to be condemned and purged.  During the Cultural Revolution and other political campaigns, it was common for such celebrations to also parade stigmatized individuals for repudiation.  There was no report of victimization amid this year’s celebrations, but there were worrisome signs. In one of China’s largest metropolises, the current campaign was billed as “Sing Red, Strike Black.” In another, the authorities identified “high-risk elements” for social stability among the city’s residents with no regard to due process of law.  In the reform era since, some nostalgic expression of Maoism has been tolerated, but the highs leading up to the July 1st anniversary have been unprecedented.  This does not seem to foretell a big change;   they are likely local experiments tolerated by the center. They are disconcerting nonetheless.

Q: How does your book shed light on the Chinese Communist Party’s actions over its 90-year history?

A: I am not alone in documenting the victimization in post-1949 China.  Many authors have addressed the violence from the Maoist politics, in different forms, and taking place in different periods. In fact, starting with Deng Xiaoping, the official line has been to acknowledge such violence and to “negate” the Cultural Revolution. The violence of Mao’s China is well known but its extreme form is not.  In 1967 and 1968, during the Cultural Revolution, collective killings were widespread in the form of public executions.  Victims included women, children, and the elderly.  These atrocities have been sparsely reported as case reports by some dissident writers, mostly published in Chinese but outside China.  My book is the first to systematically document and analyze them, using information from local archives, government documents and witness accounts.

Q: What are some examples of the stories you uncovered?

A: In a case that was repeatedly recorded in different sources including local gazetteers, 76 individuals including former landlords as well as rich peasants and their families, were pushed off a mountain cliff and killed in a village in Quanzhou County, Guangxi Province.  In another village in Wuhua County, Guangdong Province, I interviewed two brothers who had survived a wave of collective killings in 1968.  The terror in their village lasted for two months, during which time every male member over the age of 16 from a landlord and/or rich peasant family was killed--except them.  The 63 victims included two of their younger brothers.  The two surviving brothers took extraordinary measures to escape the same fate.  One sought refugee in the wilderness; the other escaped the village militia’s pursuit by devising a scheme that would send him to prison.  He ended up serving 10 years which, ironically, kept him safe from the killings.

Q: What is the magnitude of the crimes that were committed, and would you classify the Cultural Revolution as genocide?

A: The term I prefer for the Chinese case is collective killing.  But those killings share several attributes with genocide.  They are both intentional killings of large numbers of unarmed civilians who became victims not for their deeds but for their blood associations.   The number of victims in China amounted to tens of thousands, maybe millions, although an accurate accounting has not been possible.  Official counts, published under Deng Xiaoping, are 80,000, and 42,000, respectively, in two of the bloodiest provinces (there were 30 provincial jurisdictions in China at the time). And these are no doubt underreported numbers.

Q: How would you sum up lessons that China and others countries can take away from your research?

A: The collective killings in 1967-1968 were the most extreme and tragic outcome from the Maoist politics.  Incredible as they may sound, they fit with the key ingredients of the institutional logics of the time, including the political labeling of certain individuals, disregard of due process of law, the conception of enemies in a peace time, and the embrace of mass passion.  Nowadays in China, Maoist voices are enjoying more and more public forums in the form of workers’ protest, intellectuals’ polemics or state-sponsored pageantries.  Their argument may win the day only by burying the violent history and the institutional ingredients that gave rise to it. I also tried to extract lessons from China’s history for the understanding of genocide and mass killing.  I developed a community model of the genocidal process as a critique of the state-policy models that are commonly behind existing understanding and policy making.  I emphasize social processes on the community level and suggest that there could be genocidal outcomes even when there is no explicit genocidal policy from the central government, and that even when genocidal polices can be ascertained, to prosecute a few top leaders alone can not solve the problem.  To repeat a phrase I used in the book which was highlighted by a reviewer in Literary Review, “It takes a village.”