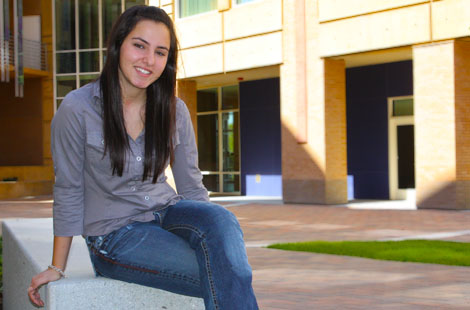 Abolian (pictured), now a senior at UCI, is the 2011 Dan and Jean Aldrich award winner, named in honor of UCI’s founding chancellor.

Aragon, a freshman going into her sophomore year, is the recipient of the 2011 Nicholas Aeberhard Award, an honor which recognizes the top freshman at UCI and which Abolian was awarded in 2009.