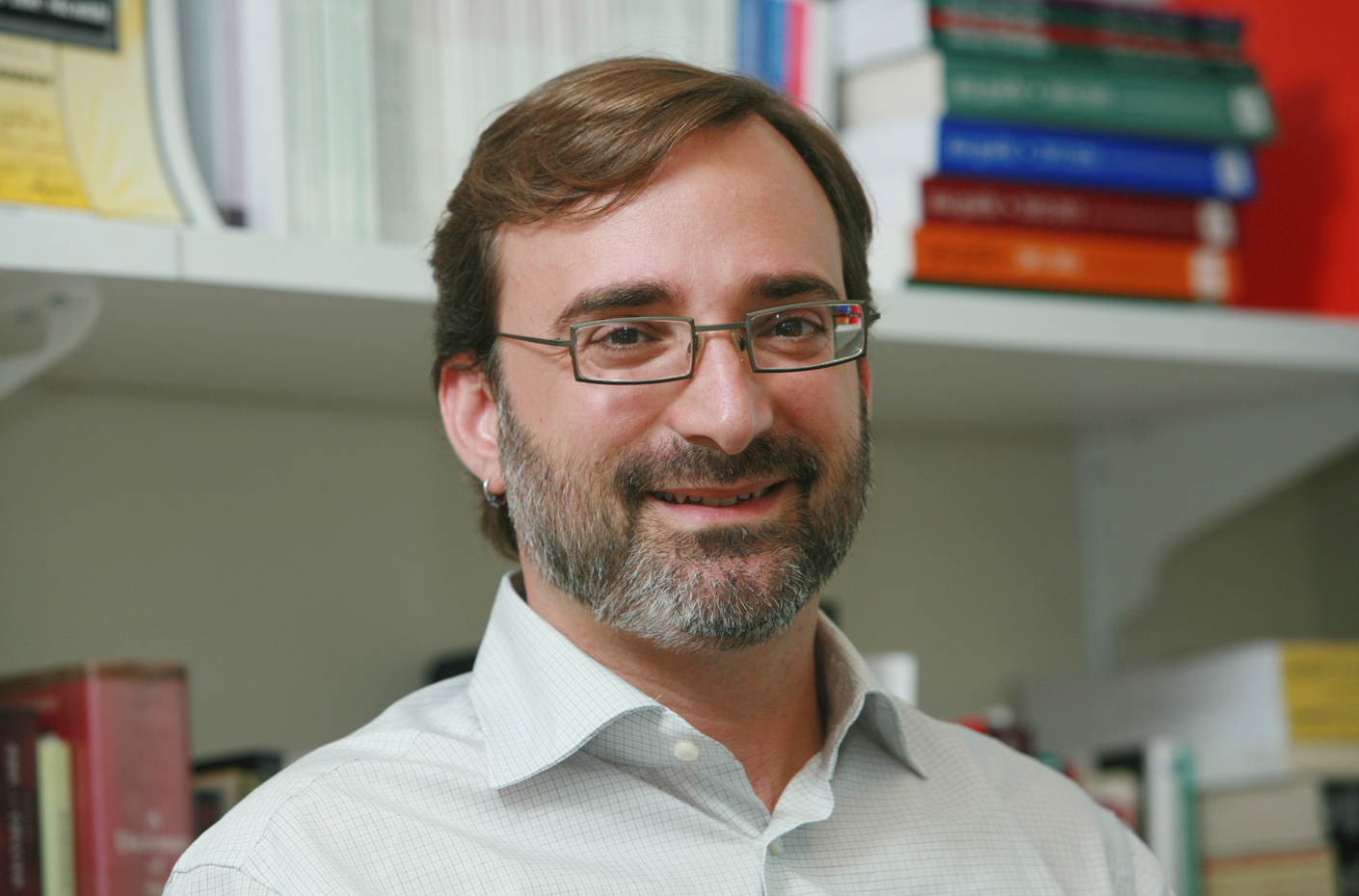 A Russian telecommunications minister, a fake business serving as a front for embezzlement operations, and offshore bank accounts in the British Virgin Islands.  Sound like the plot of a Hollywood mystery thriller?  Try an anthropological study by Bill Maurer, UCI anthropology professor.

“There is a rumor that I used to work as a banker in the Cayman Islands, and that that’s how I got into this stuff,” says Maurer of his interesting anthropological adventures. “People think that what I do must involve some shady characters, but really, it’s a lot more about critical thinking than cloak and dagger.”

For the past 17 years, Maurer, who also directs the UCI Institute for Money, Technology & Financial Inclusion, has  become a major force in anthropology through his studies of offshore finance, alternative and Islamic banking, and the use of mobile phones for money transfer. The latter has become particularly important since the onset of the global financial crisis, bringing Maurer to the halls of industry and government policy makers.

His ground-breaking work has earned him the title of “doyen” - or most senior member - in anthropology of finance, a field Maurer is credited with founding.   In May, he was honored at the 41st Annual UCI Lauds & Laurels ceremony as the 2011 recipient of the Faculty Achievement Award.

“Bill’s research is pioneering,” says Karen Leonard, anthropology department chair. “He has published prolifically, and his findings have had an impact on scholarship in several arenas.”

His publications include three books, six edited collections, 33 peer-reviewed articles, 17 book chapters, and 49 other publications. His publications have won awards from organizations as diverse as the Society for Humanistic Anthropology, the Law and Society Association, and the Association for Computing Machinery.

So if the rumors aren’t true – which Maurer asserts, then how did he wind up studying such a lucrative topic on the sandy beaches of the Caribbean?

“As an undergrad biology major at Vassar College, I used my only elective to take an anthropology course,” he says. It focused on the peoples and cultures of the former Soviet Union.

“My professor had us read Stanislavsky’s An Actor Prepares in order to learn about Russian culture: a book by a Russian teaching Russian actors how to act Russian. It totally threw me off balance.”

He changed his major, decided to pursue anthropological study in greater depth in graduate school at Stanford, and he’s never looked back.

“I can’t resist cases where it turns out that everyone is related to everyone else and is trying to double-cross their relatives,” he says.  “That’s when anthropology gets really fun.”

“They had read one of my articles, emailed me, and then just showed up at my office one day.”

Their findings began to get noticed, and a year later, Maurer received a call from the Bill & Melinda Gates Foundation.

“The Foundation had been talking to economists about mobile phone-based money transfer systems, an area of growing interest in the developing world, but they realized they needed better insight into what money is, what it means to people, and how they actually use it in their daily lives, not just to buy things but to express their values – so it was time to talk to an anthropologist,” he says.

The Institute for Money, Technology & Financial Inclusion (IMTFI) was born, thanks to a $1.7 million grant from the multi-billion dollar philanthropic foundation headed by Microsoft cofounder Bill Gates and wife Melinda.  In only three years of operation, IMFTI has been able to fund more than 100 researchers conducting studies on the everyday practices of money in 32 countries, and there are no plans of slowing. Research supported by IMTFI in Haiti and in Afghanistan has received the attention of international press, and Maurer’s collaboration with Gates Foundation researchers and one of his Kenyan colleagues will bring him to a major industry summit in Singapore this June to report on new platforms for money transfer using mobile phones.

“My work with IMTFI is immensely rewarding,” Maurer says. “The grants support scholars in developing countries who otherwise would never have had access to research funds, and who have been able to use their association with IMTFI to further their own research careers, and even to advise the governments of their home countries.”

Maurer’s work with IMTFI has put UCI smack in the middle of the map in this exciting and highly significant arena; he fields almost daily inquiries from government and industry leaders seeking guidance on the policy and design implications of mobile phone enabled financial services. And he’s still working on his British Virgin Islands project and Islamic finance, too.

Given his hectic schedule running a new institute, conducting his own research, and, from 2006 up until last quarter, his service as chair of the anthropology department, it might be easy to assume Maurer spends less time  on his teaching and service duties.  Not so, says Susan Bibler Coutin, criminology, law & society professor and graduate division associate dean.

“Bill is not someone who neglects service and teaching for the sake of his research; rather, for Maurer, service, teaching, and research are integrated and mutually reinforcing activities.”

Under his leadership as chair, the UCI Department of Anthropology achieved a top national ranking in the recent National Research Council assessment of doctoral programs.

“I’ve been fortunate to have such stellar colleagues working to build one of best departments in the country,” Maurer says.

Maurer has received numerous teaching awards for his work in the classroom during which, according to one of his current graduate mentees, Seo Young Park, there are never dull moments.

“Professor Maurer’s passion for the subject matter is never in question and there are few professors who can explain matters as clearly and expertly as he does,” she says.  “He has a unique ability to direct classroom conversation without controlling it, leading us all toward that ‘aha!’ moment so that each student comes to it on their own.”

The same energy that drives his teaching is apparent in his administrative service both on campus and off.  Maurer has held active roles in the UCI Academic Senate, the Center in Law, Society and Culture as well as other research centers on campus, and has been working diligently with law professor Chris Tomlins over the past several years to steward new concurrent J.D./Ph.D. programs for UCI.  In July, he will become associate dean of graduate studies and research in the School of Social Sciences.

Off campus, Maurer’s leadership has earned him election as president of the Association for Political and Legal Anthropology, board member of numerous professional societies, and editorial roles with eight academic journals. He is also active in local politics in his home city of Long Beach, where he and members of his extended family – himself, another professor, an urban planner, a cancer researcher and a four-year old – work to create new park space, bike lanes and civic engagement.

Suffice it to say, says social sciences dean Barbara Dosher, “There are few faculty who rival Bill’s energy and multi-faceted contributions to essentially every aspect of academic life.”