'Southwest effect' may be mixed in Airtran deal 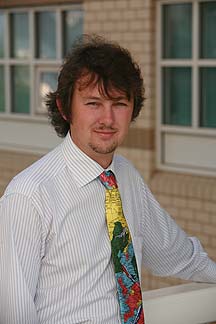 'Southwest effect' may be mixed in Airtran deal


From the AJC:
Many fliers hope Southwest Airlines’ arrival in the Atlanta market will lower travel costs, given the Dallas-based carrier’s reputation as a fare-buster. The reality, however, may be less clear-cut...Volodymyr Bilotkach, an assistant professor of economics at the University of California at Irvine, studied Southwest fares in 2007 and found that the cheapest last-minute fares on Orbitz.com averaged 8.5 percent less than similar deals from Southwest. “I would say that for the last-minute fares,” he added, “you would see Southwest offering lower fares about half the time and offering higher fares about half the time.” Southwest does not sell through major online travel agencies like Orbitz and Travelocity, instead selling predominantly through its own website. That allows Southwest to capitalize on its low-cost reputation by attracting last-minute travelers who don’t shop around, Bilotkach said. He also noted that evidence shows that when Southwest enters a market, fares in that market tend to drop.