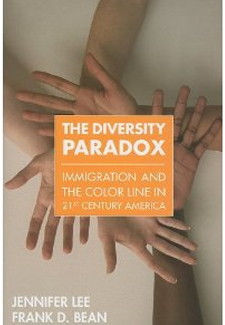 UCI sociologists Jennifer Lee, professor, and Frank D. Bean, Chancellor’s Professor, have been named recipients of the 2011 Otis Dudley Duncan Award for Outstanding Scholarship in Social Demography for their book, The Diversity Paradox.  Awarded annually by the American Sociological Association’s Section on Sociology of Population, the honor recognizes the best book published from 2009-2011 on social demography.

Published in 2010 by the Russell Sage Foundation, The Diversity Paradox explores key issues of race, immigration and the blurring color line in America, addressing such key questions as:

Using sociological research methodologies, Lee and Bean discover that second-generation Asians and Latinos are not as constrained by racial categories as are African-Americans, and that a key to the assimilation question may lie in the state of intermarriage. Learn more online.