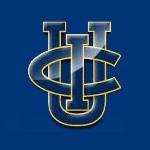 
Six social sciences graduate students have been recognized by the UCI Graduate Division for their research excellence.  Highlighted below, their work and continued funding for it, will advance academic findings on labor unions, human rights, social movements, public policies aimed at helping the elderly, and relationships between technology and economic growth.

Jasmine’s research focuses on how organizations, particularly labor unions, filter social change.  Her dissertation research examines how mergers between labor unions have affected the direction of the U.S. labor movement over the 20th century.  In collaborative research, she examines how union membership affects individual political and civic participation.  She has received several grants, including awards from the National Science Foundation, the Labor and Employment Research Fund, and UC Irvine’s Center for Organizational Research.  Prior to her graduate studies at UC Irvine, Kerrissey worked as a union organizer for low-income workers.

Arturo is a third year Ph.D. student in the political science department, specializing in international relations. He received his master’s from San Diego State University where he focused on civil-military relations in Latin America.  Currently, his research focuses on U.S. relations with Latin America and the Middle East concerning human rights. He has been an active member of the community as a volunteer in law centers where he assists asylum seekers and helps refugee children with their middle school studies.  He is a member of UC Irvine’s Olive Tree Initiative which seeks to encourage dialogue and gain a better understanding of the Israeli-Palestinian conflict through experiential learning.

Heidi is a political science doctoral candidate who specializes in international law, human rights, and international organizations. Her research on the importance of pressure from civil society groups for prosecutions of rape as a war crime at the Yugoslav and Rwandan Tribunals is published in the journal Human Rights Review.  Her dissertation examines the historical evolution and impact of non-governmental organization participation at international human rights and criminal courts.  For her dissertation, she conducted fieldwork in The Hague, London, Strasbourg (France), San José (Costa Rica), and Washington D.C. and received funding from UC Berkeley’s Institute for European Studies, the Center for Organizational Research, and the Center for Global Peace and Conflict Studies.

James is currently a sociology doctoral candidate at UCI. His interests are social movements and political sociology. His dissertation examines the legal framing strategies utilized by social movements organized around separation of church and state issues. He has conducted an ethnography of mega churches that looked at how they recruit and retain members. He is also part of a project examining newspaper coverage of social movements during the twentieth century across four major newspapers. His research has appeared in the American Sociological Review, Ethnography, and in the edited volume, The Diffusion of Social Movements, from Cambridge University Press.

Andrew C. Chang is a third year economics doctoral student. Andrew earned his bachelor’s degrees in economics and electrical engineering from the University of Washington in 2006. Prior to starting at UCI in 2008, Andrew worked in research and development at the Boeing Company. He designed new communication and navigation systems for airplanes, as well as software that assists engineers in improving the quality and reducing the cost of new designs. One of the projects he contributed to, an Enhanced Vision System, allows pilots to see runways in low visibility conditions and was certified for use on Boeing Business Jets by the Federal Aviation Administration last month. His current research investigates how businesses, such as Boeing, decide to invent new technology, and how technology creates jobs and enhances economic growth.

Christopher’s dissertation involves basic research in social networks, yielding insights into late life relationships that inform social programs for older adults. Using data from the large American Time Use Survey, he has focused on the social interactions that occur on typical days-in-the-lives of older people. This work identifies risk factors associated with very low daily social contact and, thus, contribute to targeting older adults who might benefit most from social programs (e.g., community senior centers) long promoted by the Older Americans Act.  By testing the hypothesis that health and social structure (e.g., marriage, employment) mediate the effect of age on the types of daily interactions people have, Christopher’s dissertation research demonstrates why older adults have less social interaction and higher risks of social isolation than younger adults.  Taken together, his findings have the strong potential to affect public policies and the quality of life for the elderly in the United States.