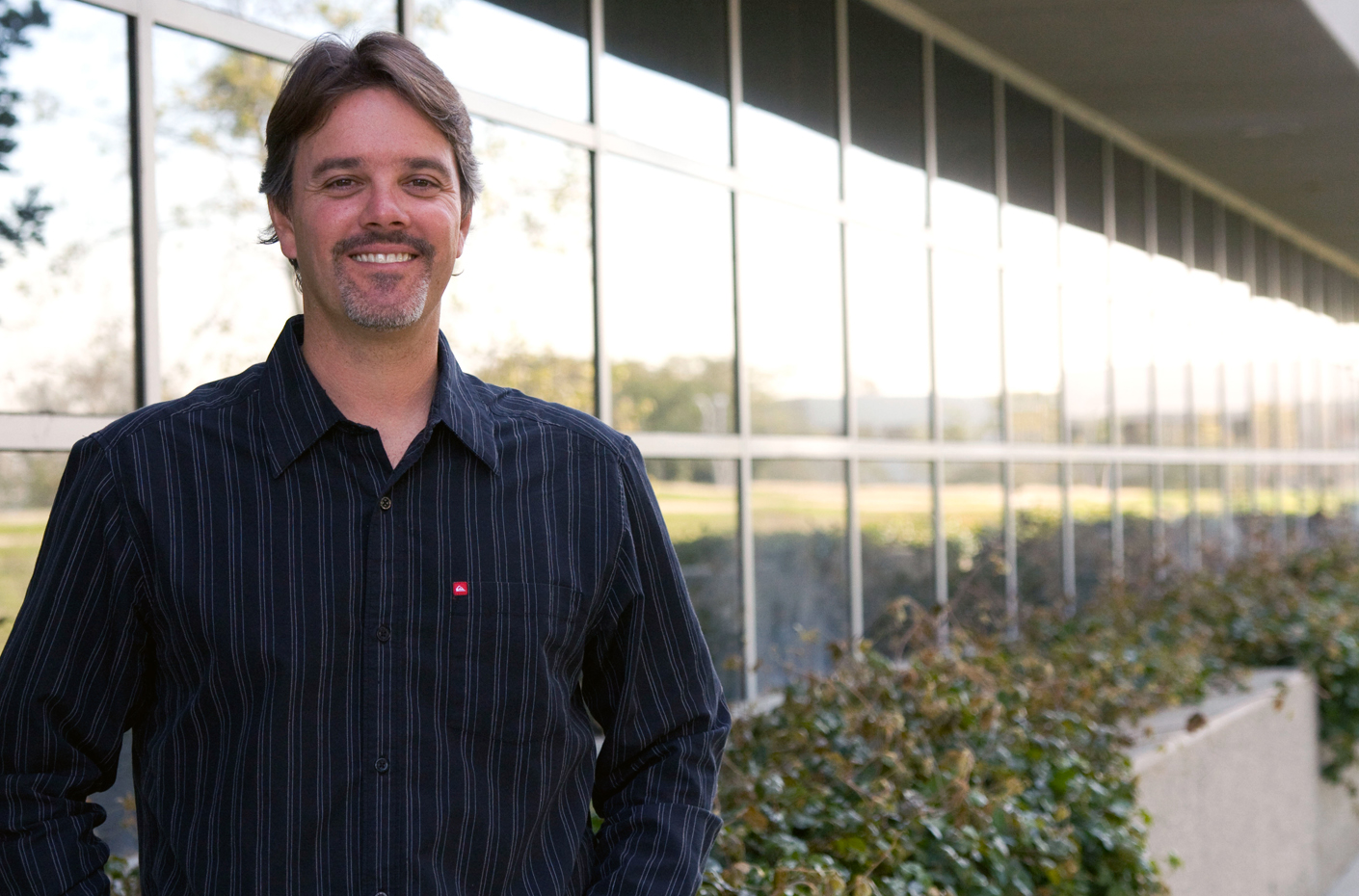 It can be heart wrenching to watch a loved one grasp for words to explain what they are thinking but literally can’t say due to stroke-induced brain damage known as conduction aphasia. The disorder produces brain lesions that interfere with the neurological process that translates thought into speech, says cognitive neuroscientist Greg Hickok, and the interference is believed to occur in the brain area known as SPT – short for Sylvian parietal temporal due to its location within the Sylvian fissure.  The same region, he says, provides a link to understanding why some people stutter, and why schizophrenics can misinterpret their internal thought processes as external voices.

In December, Hickok received a five-year, $3.2 million renewal grant from the National Institutes of Health to support his continued research on how neural abnormalities impact speech and language abilities in stroke victims.  The grant adds to the $6.1 million he has already received to make advancements in our understanding of the brain’s role in speech and how abnormalities can inhibit this process.

“The act of speech involves a coordination between auditory and motor processes in the brain,” he explains. “This is obvious in visuomotor tasks, like reaching for a cup where we use visual information about its shape and location to guide our reach.  It’s less obvious in language, but studies have shown that in the same way that an object’s shape guides our reach, a word’s sound guides our speech.”

The director of UCI’s Center for Cognitive Neuroscience, Hickok first began seeing this in action at a neural level 10 years ago when using fMRI to study brain processes involved in speech production.  He noticed that in addition to the expected motor regions, auditory areas of the brain “lit up” or activated when people named pictures, even when they thought about them without actually vocalizing the word.

“Information from stroke-based research showed that these activations reflected the critical involvement of auditory areas in speaking; when these regions are damaged, patients tend to struggle to come up with words, and when they do speak, they make a lot of errors,” Hickok explains.

He has since been using fMRI and stroke-based methods to zero in on the SPT region of the brain in which he believes the coordination of auditory and motor processes occurs.

As part of his renewed funding, Hickok will be using fMRI and stroke-based research to further study this process, focusing both on the mechanics happening in the SPT region and the entire speech perception process more broadly.

While it is generally accepted in the cognitive neuroscience community that auditory and motor processes work together, Hickok explains that the details of how this network operates are not well understood.  Continued funding from NIH has been helping him close this research gap.  In a study published February 10 in Neuron, Hickok presented a new model explaining how these two processes work together, illustrating the role of SPT in translating between perception and motor output.

Also, as part of the continued funding he has created a multi-university consortium for aphasia research - language disorders typically caused by stroke - so that results can be shared and the pace of this type of research accelerated.

His hope is that by continuing to conduct and share basic science-level research findings, he and others will play a key part in advancements in therapies for persons who have suffered brain damage, acquired lesions, or exhibit neural abnormalities.