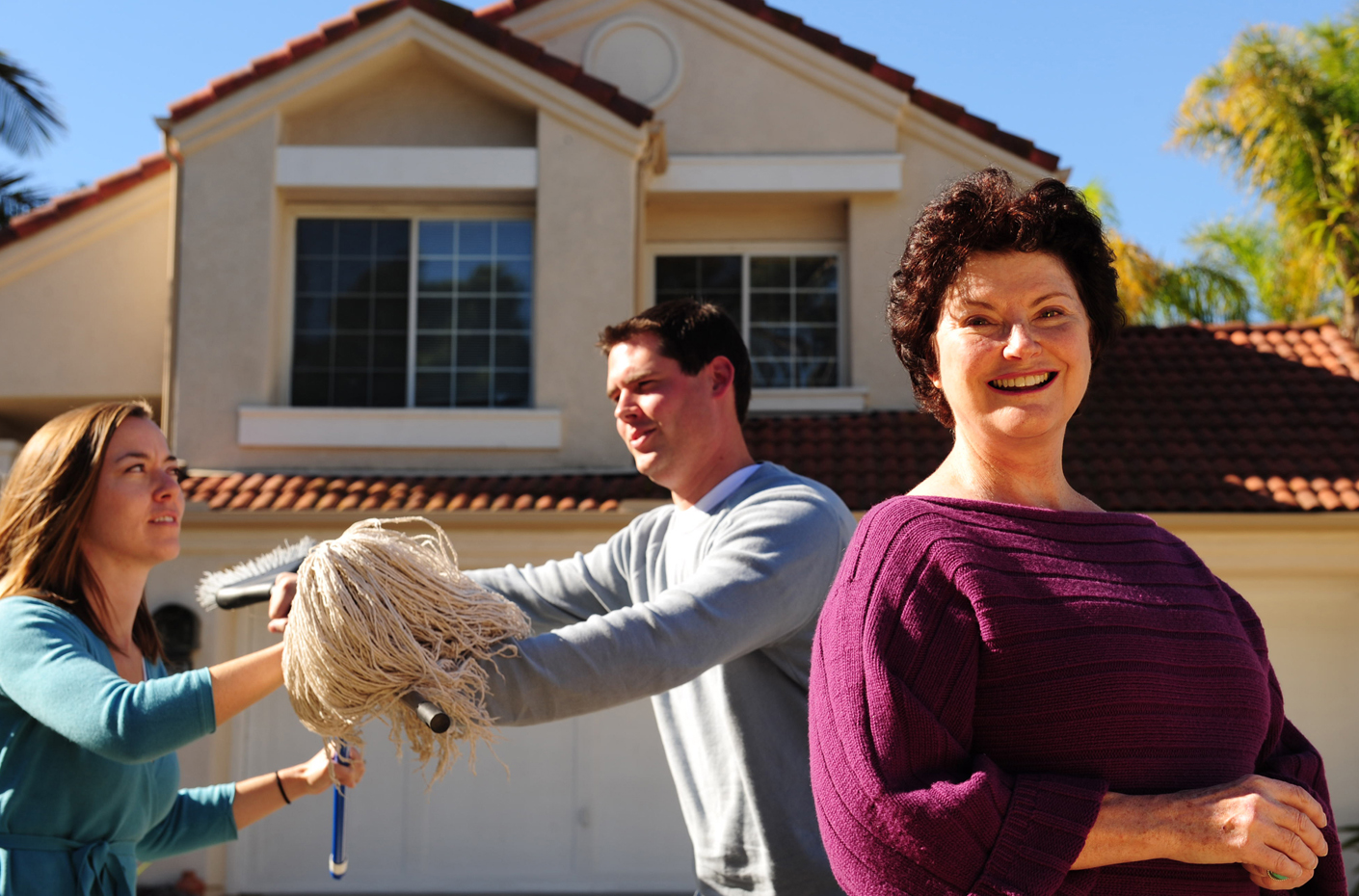 Determining who cooks and who cleans in a household may feel like a personal decision arrived at by individual couples, but UCI sociologist Judith Treas says culture and societal characteristics have a major influence on how domestic duties get divvied up in homes around the globe.  In Dividing the Domestic: Men, Women, and Household Work in Cross-National Perspective, Treas, coeditor Sonja Drobnic, and international collaborators combine international survey data with sociological analysis to explain why the lion’s share of domestic responsibilities still rests with women, even as more women are working outside the home.  The coeditors find that while certain countries, such as Sweden, are closing this gender chore gap, other countries may be reinforcing traditional roles through policies that allow women time off for housekeeping and caring for children.  Here, Treas discusses some of their key findings.

Q:  Why do so many couples decide that housework is largely a female chore?

A: Housework usually falls to the partner who has fewer competing time commitments.  If only because women work fewer paid hours than men do, women do more housework.  When a wife clocks long hours in the workplace, her husband pitches in more around the house.  However, even self-sufficient individuals and egalitarian couples often fall back on more traditional gender arrangements.  This happens when they move in together, get married, or have a child.  Living together, women do--and men eschew--housework.  Whether we realize it or not, few of us can resist showing off how “feminine” or “masculine” we really are to a heterosexual audience in the home.  Sociologists have a term for this performance--“doing gender.”

Q: As more couples have become dual income earners, why has the division of household duties not followed suit?

A: There has been some change but we are a long way from full equality.  According to the playbook on marital power, the partner who brings more resources to a marriage should have the clout to bargain out of doing unpleasant chores.  Surprisingly, wives who bring home bigger paychecks than their husbands aren’t very successful in leveraging on their advantage.  They often wind up doing a bigger share of the housework!  These domestic superwomen may be compensating for an awkward violation of the old-fashioned gender norms that assign primary breadwinning responsibilities to men.

Q: How do children factor into the global picture?

A: Especially when they have young children and heavy household demands, more women opt to stay home or to work only part-time.  In some countries such as The Netherlands, Germany and Great Britain, part-time work is a popular adaptation.  Short work hours make it easier for women to balance the house, work and family.  In Southern Europe and the formerly socialist states where most jobs are full-time, women don’t have the option of working part-time.  Women there are apt to take an extended break from employment when children are born.  Not surprisingly, where women stay home or work fewer hours, they do a bigger share of the housework.  American women, even the mothers of preschoolers, have comparatively high rates of full-time labor force participation.  American women don’t have the government child allowance payments that permit mothers elsewhere to stay home.  Many American women have little choice but to work to support their families.  Housework falls to women in the U.S., but the demands of their employment mean that husbands are called on to do a bigger share of housework than in places where women do less paid work.

Q: How have public policies kept women shouldering the brunt of household duties?

A: Countries don’t set out to craft policies to reinforce women’s “special responsibility” for sparkling dishes or hygienic bathrooms.  Nonetheless, cross-national comparisons make it clear that their tax codes, employment regulations, school schedules, and welfare rules can have this inadvertent effect.  Housewifery gets a boost where there are special tax credits for the dependent (non-employed) spouse or where the second earner’s income gets taxed at a very high rate.  By sending children home for lunch, the German school system simply takes it for granted that families will have a full-time homemaker to greet them.  By contrast, where public childcare is widely available, women are less likely to specialize in household work instead of paid employment.

Although there are policies intended to reduce work-family conflict, comparing countries with and without “family-friendly” policies shows that these arrangements can have unforeseen effects.  They can actually promote a less equal division of household labor.  By making it easier for women to meet household responsibilities, they lessen the need for couples to negotiate a more egalitarian domestic arrangement.  And, they can entrench the cultural notion that the household is women’s responsibility.  In some Eastern European countries under socialism, women workers—and only women workers—got a regular day off every so often to catch up on housework.  Lengthy maternity leaves may discourage a mother’s return to the labor force.  Or, a long maternity leave may steer her into a marginal, dead-end job; if her pay will never rival her husband’s, it makes sense for the husband to spend time breadwinning while the housewife handles the housekeeping.  Family friendly policies usually take it for granted that housework and childcare is mainly women’s work.  A rare exception is gender egalitarian Sweden.  There, Daddy Leave is pressed on each new father.  The idea is to encourage him to bond with infants before the mother can become the designated childcare expert in the family.

Q: What roles does culture play in reinforcing “women’s work” as such?

A: We like to think of ourselves as choosing how we organize our family lives. The truth is that we don’t invent our routines from scratch.  Usually, it’s more convenient to fall back on one of the off-the-shelf cultural models that we see around us.  Our household routines are shaped by cultural values that are consistent with, say, a male-breadwinner-and-female-homemaker arrangement or a dual-earners-sharing-housework pattern.  Cross-national research highlights the extent to which broad norms, values, beliefs, and practices dictate who does the household labor.  Swedish society, for example, places an exceptionally strong value on gender equality.  This provides the ideological underpinning for the idea that partners should share the household chores.  Societal notions about marital relationships also influence who mops the floor and who packs the children’s lunches.  Where the culture holds that the basis for marriage is a need for economic security and children, the men stick to “men’s work” and the women to “women’s work.”  In many countries, however, the reason for marriage is increasingly defined as intimacy, not functional needs.  As the product of on-going negotiation between equals, a good marriage means personal development, communication, and reciprocity.  In other words, as we move to more intimacy-based marriages, couples start to share the chores more equally.

Treas’s research was funded by a three-year, $300,000 grant from the National Science Foundation. Learn more .