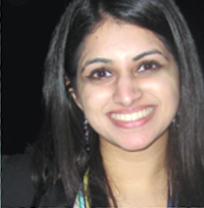 As a UCI economics undergraduate, Sonia Rai had a bubbly personality and a smile that lit up the Social Sciences Undergraduate Student Affairs Office, says Helen Morgan, director of the office where Sonia worked as a peer advisor.  In mid-December 2010, Sonia was diagnosed with Acute Myelogenous Leukemia (AML), a fast-growing cancer of the blood and bone marrow.  She is currently undergoing intense chemotherapy at Massachusetts General Hospital in Boston, and will require a bone marrow transplant in order to survive beyond the next few months, says her brother Sumit.

As a south Asian Indian American, finding a transplant match is difficult because race and ethnicity matter - persons needing transplants are more likely to find a bone marrow match with someone from their own race.  According to the National Marrow Donor Program registry, Asian Americans make up only 7% of current potential donors, and south Asian Indians constitute only a fraction of that number.

The Social Sciences Undergraduate Student Affairs Office wants to make a difference.  Recognizing that roughly half the registered student population at UCI identify as Asian or Pacific Islander, Helen and her crew are partnering with CureSonia and the Be the Match Donor Registry to host a public donor registry drive Monday, January 31, 2011 from 9:00 a.m.-4:00 p.m. on UCI’s Ring Road.  The drive is specifically targeting south Asian Indian Americans, but all potential donors are welcome.  The event will be the second to be held at UCI in Sonia’s honor as the Indian Sub-Continental Club (ISC) and Surabhi at UCI will be set up on Ring Road January 25, 2011 from 9:00 a.m.-4:00 p.m.

Since Sonia’s diagnosis, her friends and family have taken to the web, utilizing online social networks and media help to bring together more than 100 donor registry drives held in Sonia’s honor at campuses including Stanford, UC Berkeley, and Northeastern University as well as several large city sites in San Francisco and Boston.   Over 3,500 people have registered in Sonia’s race for a match.

“As a member of the Social Sciences family and the UCI Community, absolutely any help and support to find Sonia a match is appreciated,” says Estela Magana, social sciences academic advisor.