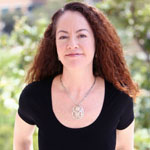 Joy E. Pixley, sociology assistant professor, has received the 2009 Rosabeth Moss Kanter Award for Excellence in Work-Family Research. The award recognizes studies for future research and outlines specific implications and findings to inform policy and practice in work-life and human resources. Pixley’s paper, “Life Course Patterns of Career-Prioritizing Decisions and Occupational Attainment in Dual-Earner Couples,” was selected from more than 2,500 articles published in more than 75 scholarly journals. Based on an analysis of 73 career decisions made by 37 couples, she found:

Pixley presented her research at the World at Work Total Rewards 2010 Conference and Exhibition May 16-19 in Dallas, Texas.